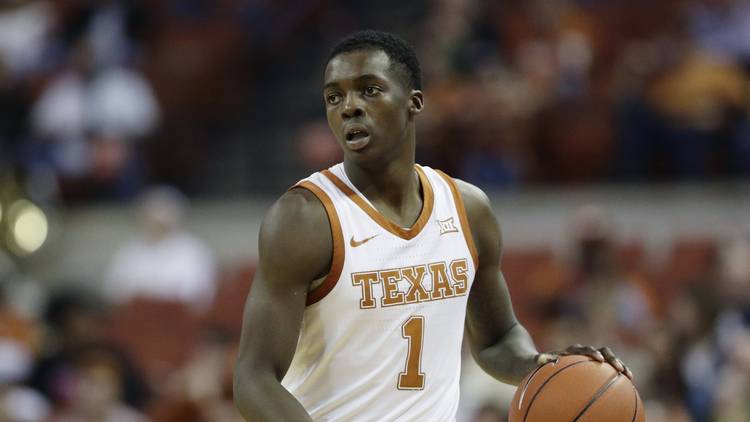 After yet another big performance, Texas guard Andrew Jones stressed how his health is just fine.

“I feel good,” Jones said after matching his career high with 22 points Saturday. “Starting to find my footing a little bit. Starting to get my feet underneath me again.”

Jones was named the co-Big 12 player of the week on Monday after ringing up 22 points twice in wins over No. 20 West Virginia and No. 22 Texas Tech. TCU’s Desmond Bane was also honored for his team’s upset of No. 2 Baylor in Fort Worth.

Jones has to be one of the feel-good stories in college basketball. He was diagnosed with leukemia in early 2018 and nearly died. But Jones battled back, mostly sat out the 2018-19 season and came into this season with an undefined role.

His efforts helped the Longhorns win back-to-back games against AP Top 25 opponents for the first time since the 2013-14 season.

In February, Jones became one of Texas’ top scoring threats. In the last four games, Jones has scored 21, 12, 22 and 22 points as the Longhorns won four straight to get back into NCAA Tournament contention.

“My body’s starting to feel really good,” Jones said. “The coaches are putting a lot of confidence into me to be myself, be confidence and know that if I feel good about the shot, take it and always make the right play.”

Jones is the first Texas player honored by the Big 12 office this season.

The Longhorns (18-11, 8-8 Big 12) have two regular season games left before the Big 12 tournament. Texas will play at Oklahoma on Tuesday and then return home to face Oklahoma State on Saturday.