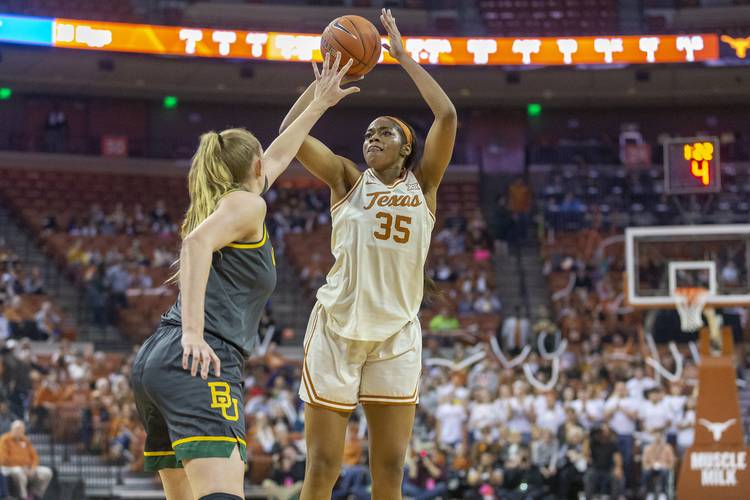 Texas at No. 2 Baylor

About the Longhorns: After twice setting her career-high scoring mark against TCU and Oklahoma, Taylor was named the Big 12’s freshman and co-player of the week. Taylor scored 22 and 27 points in those 77-67 and 86-76 wins. … After sitting Saturday with a foot injury, freshman Isabel Palmer is questionable for Thursday. The reserve guard is averaging 3.1 points and 11.5 minutes per game. …  The Big 12’s third-place team, Texas is 6-2 in conference road games. … A 64-44 loss to Baylor on Jan. 31 was UT’s 21st defeat in this series’ last 22 games.

About the Lady Bears: Winners of 57 straight conference games, Baylor has wrapped up the Big 12’s regular-season title for the 10th year in a row. … Cox shared the Big 12’s top weekly award with Taylor after averaging 17 points, 9.5 rebounds and two blocks per game last week. … Baylor doesn’t often shoot 3-pointers, but the Lady Bears are efficient when they do. Baylor’s 4.5 3-pointers per game rank 287th nationally, but nobody has a better percentage from deep than the 40.0% claimed by BU. … Richards’ assist-to-turnover ratio of 3.04 leads the Big 12.