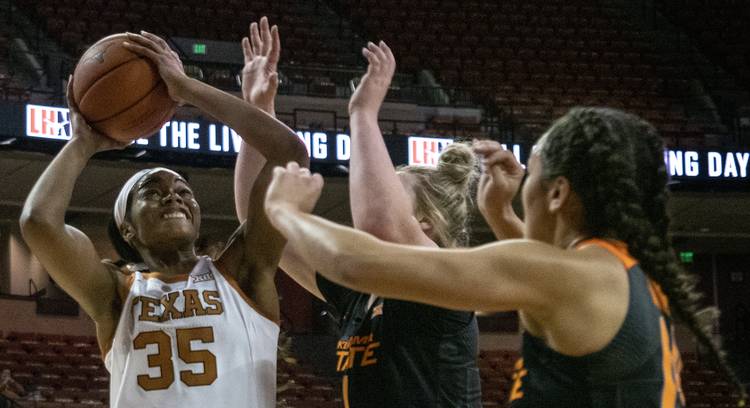 About the Cowgirls: Gray recently joined Andrea Riley (2007-10) and Kaylee Jensen (2016-18) as the only Cowgirls to score 500 points in consecutive campaigns. Gray’s 570 points this season rank 17th in Oklahoma State’s record books. … Mack’s 18 double-double outings are tied with Kansas State freshman Ayoka Lee for the Big 12 lead. Mack missed a 61-56 loss to Texas in Stillwater on Jan. 25. … Oklahoma State has been beaten in four of its last five road games. … Only South Carolina (265) and Tennessee (215) have recorded more blocks than the Cowgirls, who have swatted 191 shots.

About the Longhorns: In a pregame ceremony, Texas will retire the No. 24 jersey once worn by All-American and national champion Clarissa Davis. … After the game, Texas will honor its four seniors and graduate transfer Sophie Taylor. … Texas was beaten 69-53 by Baylor on Thursday. This season, the Longhorns are 9-1 following a loss. … Unless it loses to Oklahoma State and Iowa State upsets Baylor on Sunday, Texas will be the third seed in a Big 12 tournament that begins next week.