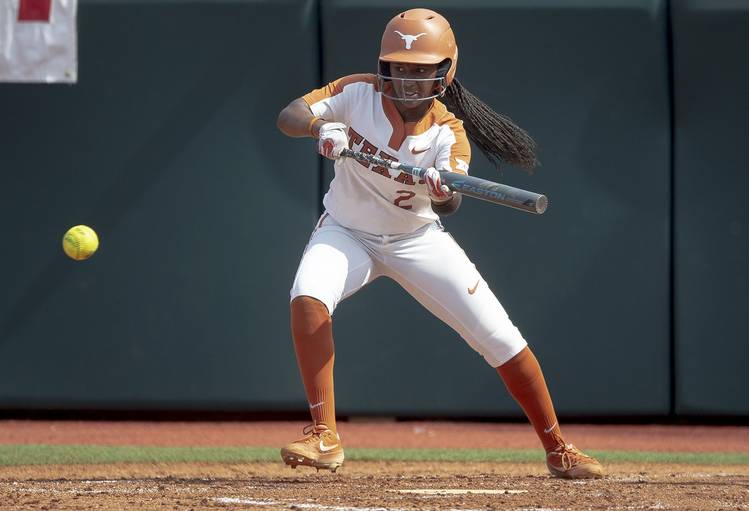 For the third straight week, Texas has finished in third place in the NFCA’s softball poll.

Texas (24-3) was unable to climb past either UCLA (25-1) or Washington (23-2) in the most-recent rankings, which were released by the NFCA on Tuesday. Texas actually lost six points and its two first-place votes from last week. With 799 points and 31 of the 32 first-place votes, UCLA has slightly distanced itself from Washington (765 points) and Texas (732).

The top eight teams in the NFCA poll held onto their spots this week. The poll also featured No. 6 Oklahoma, No. 13 Oklahoma State and No. 24 Baylor.

Jefferson boasted a .7⃣5⃣0⃣ batting average with four runs scored, a double, a triple, two RBIs, three stolen bases and a trio of multi-hit performances during the Longhorn Invitational.

This past week, Texas won its four games against Liberty, Texas Southern and New Mexico by a score of 25-5. Junior Janae Jefferson was named the Big 12’s player of the week on Tuesday after she hit .750 in those games. Senior Miranda Elish threw a perfect game in a 7-0 win over New Mexico on Sunday, but the conference gave its weekly pitching honor to Erin Edmoundson after the Texas Tech junior recorded a perfect outing against Fairleigh Dickinson.

On Friday, the Longhorns will open play at a tournament hosted by No. 10 Alabama (14-8). Texas will twice see Alabama, which ended UT’s 2019 season at a super regional in Tuscaloosa. Three games against Bryant (4-11) and BYU (14-9) are also on this weekend’s schedule.