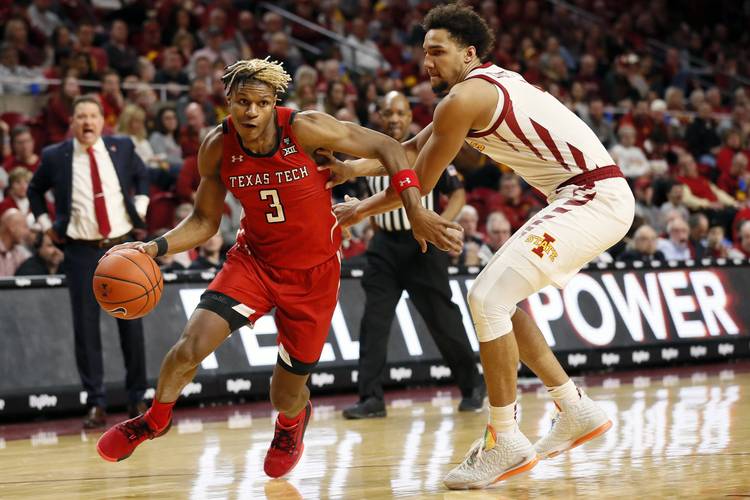 About the series: Texas leads the all-time series 87-61. The Red Raiders have a 6-4 edge in the last 10 games, though. UT recently snapped a five-game losing streak in the series with a 68-58 win in Lubbock on Feb. 29.

About the Longhorns: Reserve Brock Cunningham had to be helped off the Sprint Center floor Wednesday with what looked like an ankle injury. “I don’t know exactly what it is,” Smart said. “But it swelled up pretty good.” Also in injury news, freshman Donovan Williams had arthroscopic knee surgery Wednesday and did not make the trip. Neither did Jase Febres (knee). Beard’s main focus with Texas was the same Wednesday as it was in late February. “Their 3-point shooting is a concern of ours,” Beard said. “Some of the shots they take and make are one-on-one shots, and there’s not a lot you can do with it.” Jones and Ramey showed no fear on Feb. 29 in Lubbock. They hit five of UT’s 10 3-pointers in a 10-point win. In league play, Texas shot 33.6% from long range.

About the Red Raiders: In the first matchup this season, Texas let Ramsey get 18 points on 6-of-7 shooting. He hit two 3-pointers and looked every bit like what Ramsey became, the Big 12’s newcomer of the year. In the rematch, Ramsey was 4-for-13 and had a quiet 13 points. “When we were aggressive we kind of held him in check,” Ramey said. “When we weren’t, he got off. So the big thing is we’ve got to be aggressive.” The Horns also don’t want to see Moretti go wild. He’s shooting 38.2% from 3-point range this season and Tech’s second-leading scorer. “With Moretti, don’t let him get threes. He’s going to get some, but make it hard,” Ramey said. Tech was the NCAA national runner-up last season, but this program still has never won the Big 12 tournament. “We’re just looking for consistency,” Beard said. “I think if we can do that, we’ve proven that we can play with anybody in the country.”