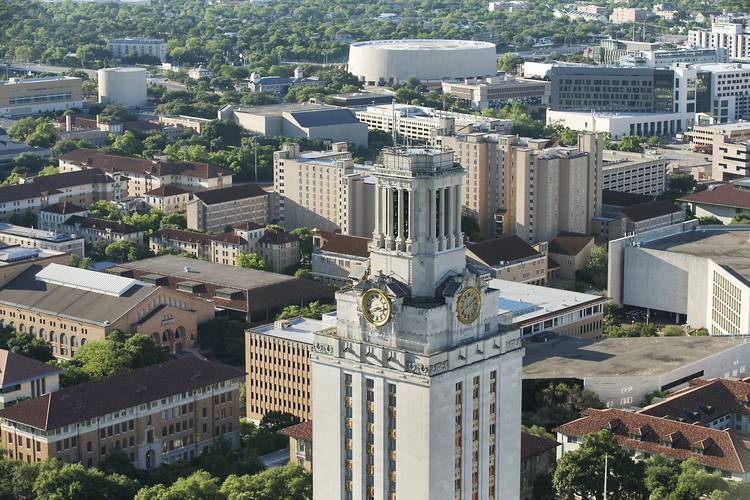 KANSAS CITY, Mo. — Texas athletics announced late Wednesday that fans will not be allowed attend any home sporting event through March 22 due to the coronavirus outbreak.

The decision dovetails with an announcement from UT administrators that spring break will be extended to March 30.

“We realize COVID-19 is a major concern to everyone, and in an effort to mitigate any potential risks for our student-athletes, coaches, staff and fans, we will be limiting those in attendance at our home sporting events through the next two weekends,” Del Conte said in a statement.

“We regret that our fans will not be able to attend our events to support our teams,” Del Conte added, “but this decision was made with the health and well-being of our campus community and fans as the top priority.”

Texas’ decision came at the end of a day the sports world was rocked by fears over COVID-19, a respiratory illness that has spread almost worldwide.

The Big 12 announced Wednesday that most fans would not be allowed to attend the men’s and women’s basketball tournaments. Almost all major conference followed suit. The NCAA announced fans would be kept out of its upcoming tournaments as well.

The NBA announced late Wednesday it was suspending its season, a decision that felt like a game-changer.

Texas is scheduled to host a baseball series against New Mexico this week and a game against Incarnate Word next Tuesday. All four baseball games will be telecast on Longhorn Network and on 104.9 The Horn.

Columbia was scheduled to play the Texas men’s tennis team but cancelled the trip to Austin.

The Texas men’s team is scheduled to play Texas Tech at 11:30 a.m. Thursday in the Big 12 tournament quarterfinals. The UT women are scheduled to begin play Friday. However, it’s now unclear if those events will happen at all.

These decisions will impact the start of spring football, which was scheduled to start on March 24.

“This is an evolving situation, and we remain in constant communication with our University leadership and will continue to reassess the situation,” Del Conte said in a statement.

“Ultimately, we will take direction from President (Gregory) Fenves and the university while continuing to discuss and evaluate the best way to handle our future events,” he added. “We will continue to monitor the situation and make additional announcements if other events are impacted.”