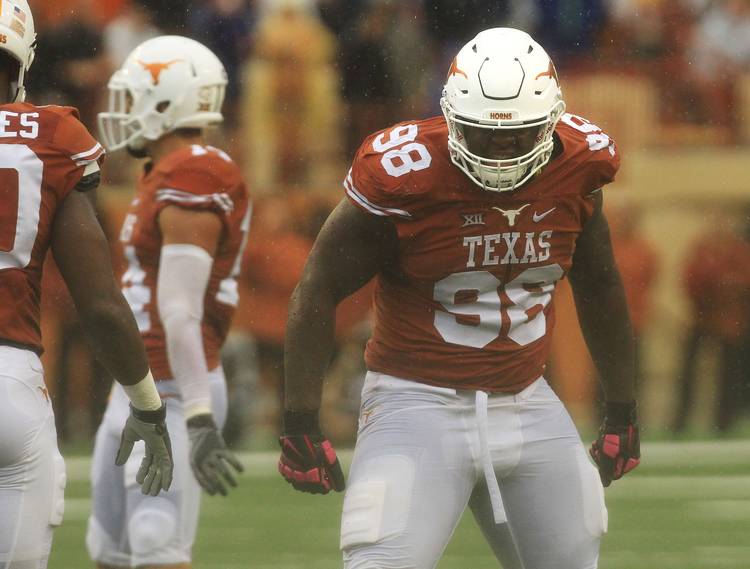 A day full of headlines in the NFL did provide one footnote for Longhorn fans.

On Monday, the Philadelphia Eagles announced that they had resigned Hassan Ridgeway. A 6-3, 305-pound defensive tackle, Ridgeway played at Texas from 2012-15.

Roster Move: #Eagles have agreed to terms with DT Hassan Ridgeway on a one-year contract. pic.twitter.com/YQMPyBPddk

Ridgeway, who was set to become an unrestricted free agent on Wednesday afternoon, agreed to a one-year deal. Philadelphia acquired Ridgeway in a trade last season. A fourth-round pick in 2016, Ridgeway spent the first three years of his professional career in Indianapolis.

Ridgeway was not the only ex-Longhorn on the market. Former Texas safety Adrian Phillips is rated by NFL.com as this offseason’s 63rd-best free agent. Phillips earned a Pro Bowl bid with the Los Angeles Chargers in 2018.