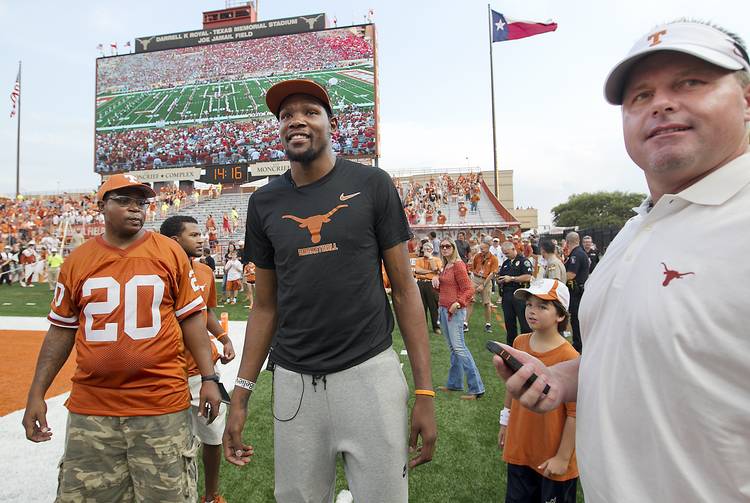 Former Texas standout Kevin Durant is one of four Brooklyn Nets who have tested positive for COVID-19.

Durant told The Athletic he had indeed tested positive. “Everyone be careful, take care of yourself and quarantine. We’re going to get through this,” Durant told the website on Tuesday.

The Nets issued a statement saying one of its four players was “exhibiting symptoms while three are asymptomatic. All four players are presently isolated and under the care of team physicians.”

Kevin Durant tested positive for coronavirus, Durant tells @TheAthleticNBA @Stadium. Durant says he is feeling fine: "Everyone be careful, take care of yourself and quarantine. We're going to get through this."

Just on Durant’s star power alone, his coronavirus diagnosis will garner major headlines. Durant is a two-time NBA Finals MVP and 10-time All-Star who was sitting out this season with an Achilles injury.

There’s no way to know how many players are infected or how many are asymptomatic. The league is taking a 30-day hiatus.