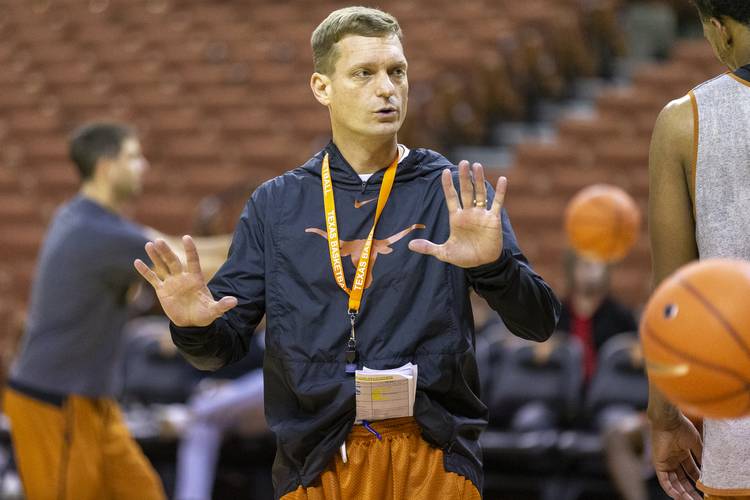 Texas assistant coach Luke Yaklich works with the team during a practice at the Erwin Center on Oct., 29, 2019. [Stephen Spillman for Statesman]

Texas assistant coach Luke Yaklich will be named the new men’s basketball head coach at Illinois-Chicago, according to a source familiar with the situation. UIC could make it official on Tuesday.

Neither Yaklich nor UT coach Shaka Smart could not be reached.

Yaklich came to Texas prior to last season after spending two seasons at Michigan in a defensive coordinator type of role under John Beilein. He took over the defensive assignments last season under Texas coach Shaka Smart.

Yaklich signed a two-year contract at UT with a base salary of $350,000, according to his contract obtained through open records.

At Texas, “Coach Yak,” as he was known, implemented a defensive system that put more pressure on opposing 3-point shooters. The Longhorns finished fourth in the league in scoring defense, allowing just 63.3 points per game.