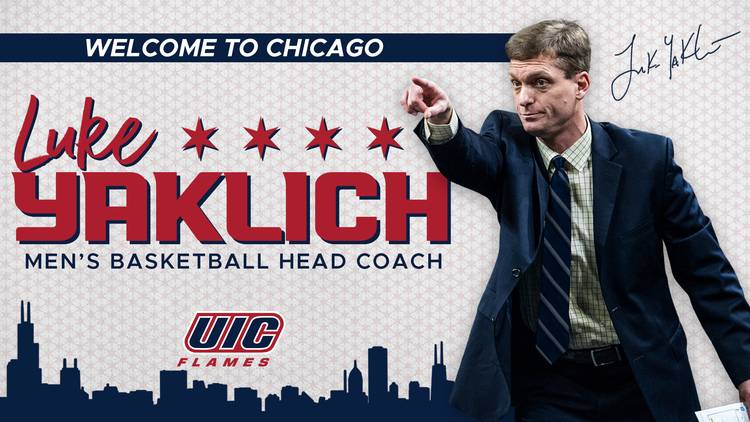 Luke Yaklich has always been a Chicago guy. He was raised in LaSalle, Ill., about 100 miles west and went to school at Illinois State.

So it made perfect sense for Yaklich to get his first head coaching job near home. As expected, Illinois-Chicago announced Thursday that the 43-year-old Texas assistant would take charge in the Windy City.

“I’m extremely excited for Luke and his family about this terrific opportunity at UIC,” Smart said in a statement. “We’re grateful for his strong contributions to our program this past year and look forward to watching his success this next season and beyond.”

In a statement, Yaklich thanked UIC officials and said he was “excited to connect with our more than 285,000 alumni in Chicagoland, throughout the state of Illinois and across the country.”

“I am honored to lead the University of Illinois at Chicago Flames men’s basketball program,” Yaklich said. “This is an incredibly exciting opportunity for my family to return to Illinois and represent an outstanding institution that I have long admired.”

Yaklich will see Horn plenty of times going forward. Both Illinois-Chicago and Northern Kentucky are in the Horizon League.

Yaklich already has a growing reputation as a defensive coach. He was Michigan’s defensive coordinator under John Beilein for two seasons before coming to UT. The only reason Yaklich became available was because Beilein left for the NBA, and the Wolverines hired Juwan Howard.

Defense hasn’t been a problem at UT in Smart’s five seasons, but Yaklich’s techniques made a difference. Before his arrival, the Horns ranked third in the league in points, having allowed 66.4 points per game as opponents shot 43.3%. Last season, UT ranked fourth in points allowed (63.3) while opponents shot 42.4%.

“He’s a skilled tactician and teacher of the game, is highly regarded for his ability to develop players to their full potential, and prioritizes the academic success of his students,” Illinois-Chicago athletic director Michael Lipitz said in a statement.