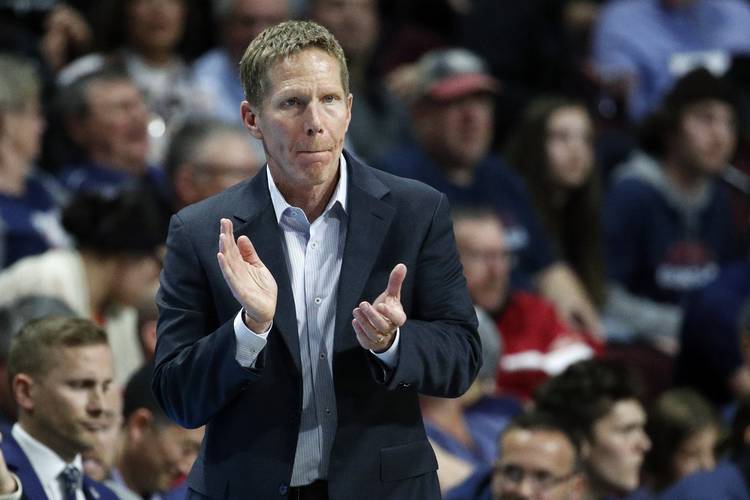 In this March 10, 2020, file photo, Gonzaga head coach Mark Few motions toward the court in the second half of an NCAA college basketball game against Saint Mary's in the final of the West Coast Conference men's tournament in Las Vegas. Gonzaga finished second in The Associated Press college basketball poll, Wednesday, March 18, 2020. (AP Photo/John Locher, File)

Texas has reached a home-and-home agreement to play Gonzaga in men’s basketball beginning next season in Austin, according to a UT spokesman.

The Longhorns will play the Zags at the Erwin Center on Nov. 13. They would then play a return game in Spokane, Wash., during the 2021-22 season.

Texas is 0-3 against Gonzaga in the all-time series, and all three have been neutral-site games.

The Gonzaga matchup is not expected to be the home opener, however the full non-conference schedule is not finished yet.

Texas is scheduled to play in the Maui Invitational in Nov. 23-25. Coach Shaka Smart’s club should host a Big East team as part of the Big 12/Big East Challenge. UT is likely to be a road team in next season’s Big 12/SEC Challenge.