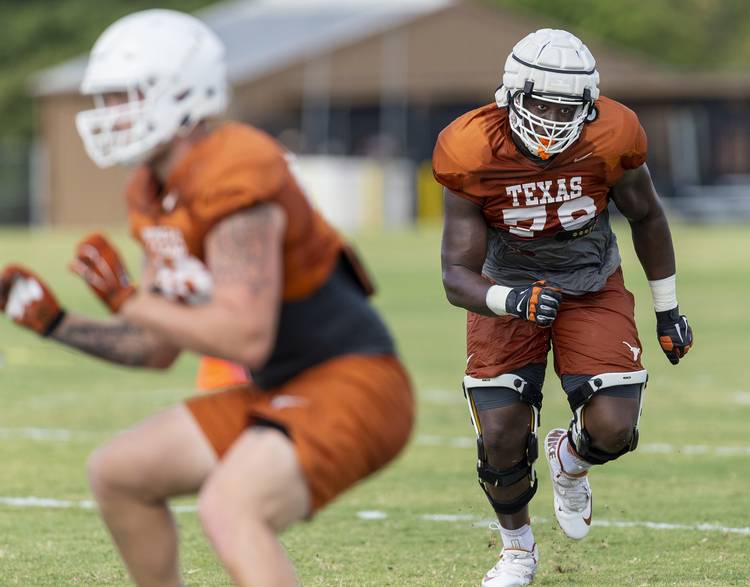 Texas offensive lineman Denzel Okafor has withdrawn his name from the NCAA transfer portal and will stay with the Longhorns, according to a team spokesman.

Okafor put his name into the portal in March, getting the opportunity to test his marketability with other schools. The junior from Lewisville is on track to graduate and would’ve been a grad transfer somewhere else.

However, Okafor was likely to be a key rotation figure on the 2020 offensive line at UT. He’s played in 39 career games with five starts.

Any athlete who puts his or her name into the transfer portal is allowed to make contact with other schools about a potential scholarship. However, it’s up to the athlete’s current school to decide whether the athlete can stay on scholarship, if both sides work things out.