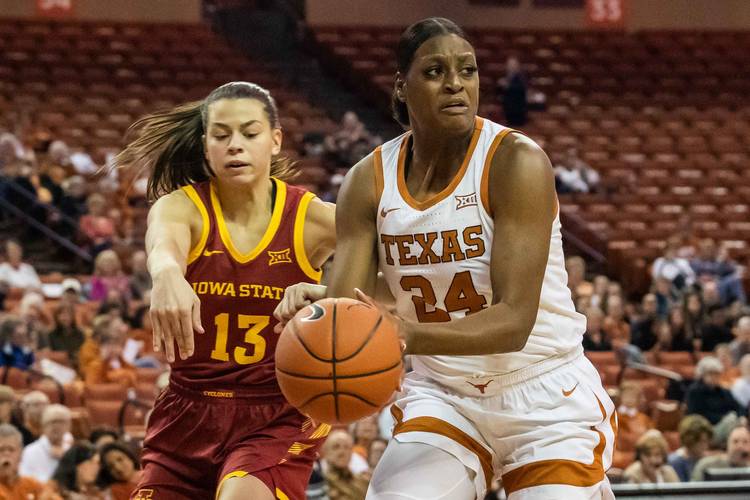 The Dallas Wings have a chance to load up in the forthcoming WNBA draft on April 17. They have four first-round picks and two in the second, a cache of artillery to do just about anything they want.

At least one of those picks might be used to scoop up Texas ex Joyner Holmes, according to ESPN.

In ESPN’s Mechelle Voepel mock draft, Dallas could grab Holmes ninth overall. She projects Oregon’s Sabrina Ionescu and Satou Sabally to be the top two picks followed by Baylor’s Lauren Cox at No. 3.

“Holmes was the espnW HoopGurlz No. 2 prospect for the class of 2016, and then was Big 12 Freshman of the Year,” Voepel writes for ESPN. “But a suspension for the first semester of her sophomore year and a broken ankle before her junior year kept Joyner from having the Longhorn career she might have had.

“However, she averaged 13.1 points and 8.7 rebounds as a senior, and perhaps her potential will be realized at the pro level,” she added. “Holmes returns as a first-round projection after not being included in ESPN.com’s February or March mock drafts.”

Texas has produced two top-10 picks in recent years. Imani McGee-Stafford was taken 10th overall by the Chicago Sky in 2016. Then, Ariel Atkins was drafted seventh overall by the Washington Mystics in 2018.