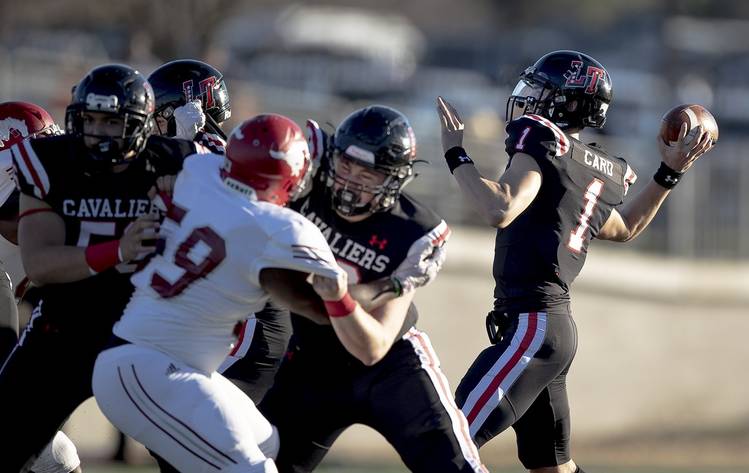 The Texas football team recently updated the roster that it will use during the 2020 season.

This roster update featured the unveiling of the jersey numbers that Texas’ early enrollees will wear. Eight of the 19 signees in UT’s 2020 recruiting class have enrolled at Texas for this spring semester. Those newcomers, however, weren’t allowed to go through spring drills because of the coronavirus pandemic.

Of the early enrollees, only Hudson Card and Logan Parr were gifted the numbers that they wore in high school. Card wore the No. 1 at nearby Lake Travis. Parr donned the No. 71 at Helotes O’Connor:

Roschon Johnson, a converted running back who rushed for 649 yards and seven touchdowns as a freshman last year, is no longer listed as a quarterback on UT’s updated roster. Rising sophomore Malcolm Epps has shifted to tight end after starting seven times as a receiver in 2019. Texas has officially moved running back Jordan Whittington back to wide receiver and safety DeMarvion Overshown to linebacker. And after three seasons as a tight end, Reese Leitao is now on the defensive line.

According to the updated roster, Joseph Ossai, Byron Vaughns and Chris Hannon will compete for reps at the “Jack” position in new coordinator Chris Ash’s defense. Ossai and Vaughns were both listed as linebackers last season. Hannon was a walk-on defensive lineman. The “Jack” is a hybrid of a defensive end and linebacker.

Receiver Kennedy Lewis has also been removed from the Texas roster. A three-star signee in 2019, Lewis appeared in two games this past season. Lewis has been suspended from school and is not currently participating in football-related activities.

Texas ties its best-ever finish with a No. 3 ranking in the NFCA’s final poll