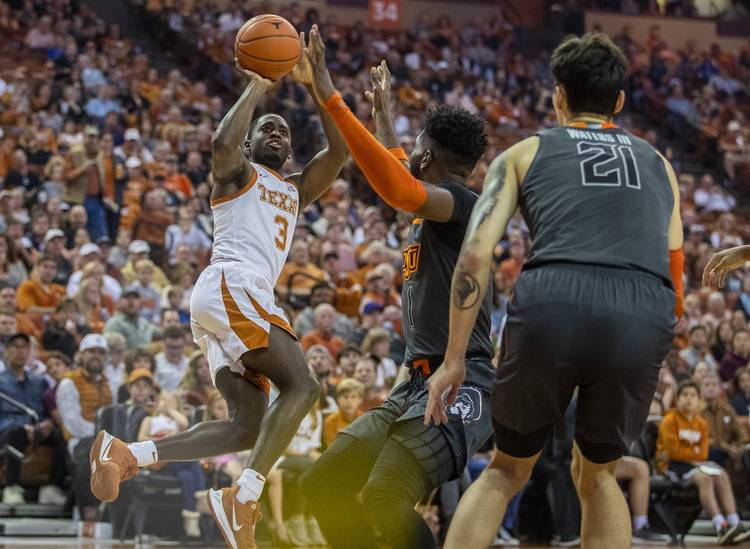 Advertisement
Texas’ non-conference home schedule will get a major boost next season with Villanova coming to Austin as part of the Big 12/Big East Battle, according to CBS Sports’ Jon Rothstein.
Rothstein reported all 10 matchups on Wednesday, however a Texas spokesman said he could not confirm UT’s slot.

Texas had already scheduled a home-and-home series with Gonzaga. The Zags are scheduled to play the Horns in Austin on Nov. 13 this season, then play in Spokane, Wash., next season.

Villanova, which tied for the Big East championship, went 24-7 before the coronavirus brought the season to a sudden stop. Coach Jay Wright’s Wildcats finished 10th in the final Associated Press Top 25 poll.

Texas traveled to Providence last season and lost 70-48 as part of the Big 12/Big East Battle.

The Longhorns are 2-1 in the all-time series against the Wildcats but have not played since the 2008-09 season.

Football in 2020? Texas officials planning, ‘hope’ to reopen campus this fall — for now