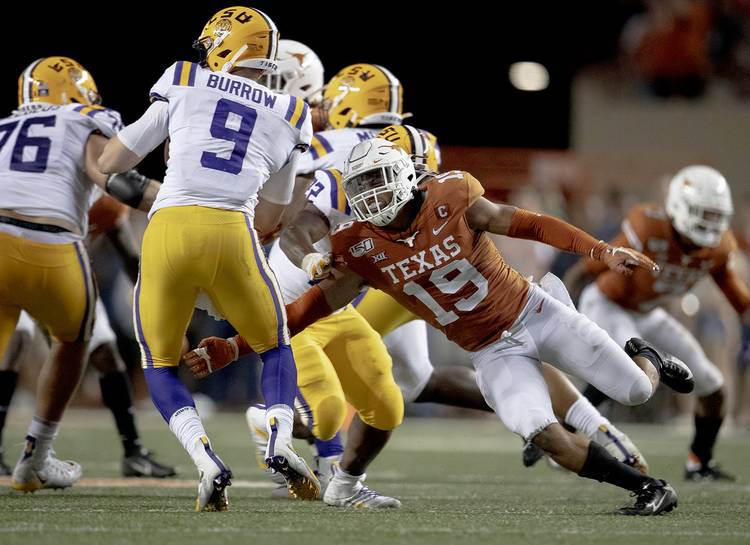 Jones started his weekend with a phone call from a Miami team that had selected him in the third round of the NFL draft. The first Longhorn drafted in 2020, Jones was the 70th overall pick. The Dolphins have now drafted five Longhorns since 1979, but 2012 pick Kheeston Randall was their last selection from UT.

Jones generated some buzz in the lead-up to the draft due to his preparation habits. Due to labrum surgery, Jones was unable to showcase his physical abilities to teams. Instead, Jones impressed suitors and draft pundits by analyzing three to four games worth of defensive film for all 32 NFL teams.

In Jones, the Dolphins are getting a 5-11, 198-pound safety who started for three years at Texas. Jones was among UT’s top-four tacklers in each of the past three seasons. Over the past two seasons, Jones intercepted four passes and recovered three fumbles.

Jones, who was a four-star signee out of Nacogdoches in 2016, will not be Texas’ only representative in an NFL secondary during this upcoming season. Texas had eight of its former UT defensive backs appear in at least six NFL games last year. Ex-Longhorn P.J. Locke III also ended the season on the Denver Broncos’ practice squad.