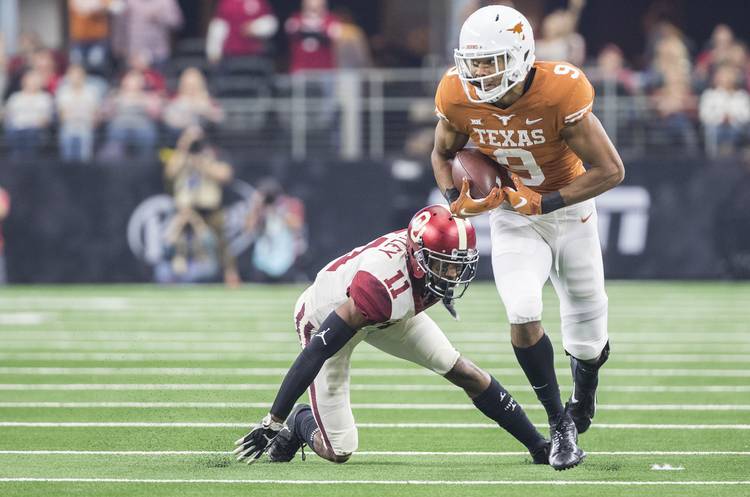 One day after Brandon Jones was drafted by Miami, one of his Texas teammates found out that he is also moving to Florida.

UT receiver Collin Johnson was selected by Jacksonville in the fifth round of the NFL draft on Saturday. The Jaguars used the 165th overall pick on the 6-6, 222-pound receiver.

Johnson’s selection comes 40 years after his father, Johnnie, was drafted in the first round by the Los Angeles Rams. A defensive back, Johnnie Johnson spent 10 years in the NFL.

After flirting with the NFL last year, Johnson returned to school for an senior season that was hamstrung by hamstring injuries. Despite missing six games, Johnson’s 38 catches and 559 receiving yards were still the second-best totals on the Texas roster. On UT’s all-time charts, Johnson ranks sixth in catches (188), fifth in receiving yards (2,624) and ninth in touchdown catches (15).

Texas had gone six years without a drafted receiver but both Johnson and Devin Duvernay had their names called this week. Duvernay was picked up by Baltimore in the third round on Friday. Eric Metcalf and Roy Williams’ 54 catches during the 1989 and 2004 seasons are tied for the most receptions by a Longhorn rookie.

Texas WRs in the NFL draft since 1980