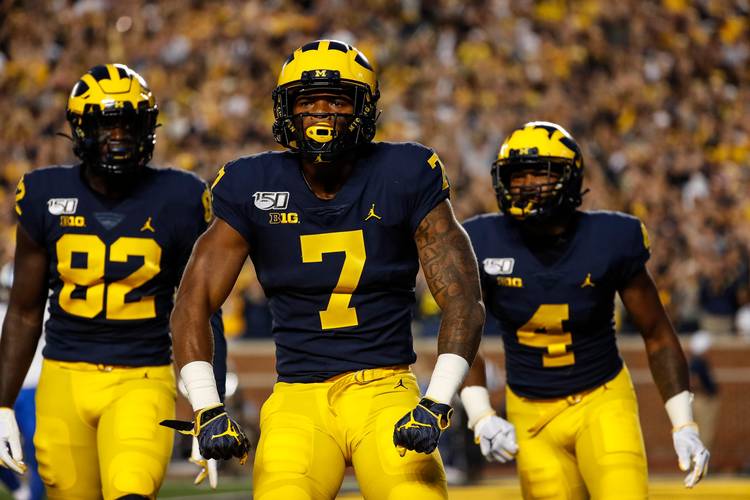 After three years at Michigan, Tarik Black is heading to Austin to give the Longhorns a hand.

Black has decided to transfer to Texas, the receiver announced on Tuesday night. Black will join the Longhorns as a graduate transfer. Black was listed by Michigan as a junior in 2019, but he has two years of eligibility left since a foot injury cut short his freshman season after three games.

Recently, Texas has been rewarded by the arrival of graduate transfers. Left tackle Calvin Anderson and running back Tre Watson, who respectively began their collegiate careers at Rice and Cal, were key starters for UT during a 2018 season that ended with a win in the Sugar Bowl. Former Georgia Tech offensive lineman Parker Braun was a 13-time starter at left guard in 2019.

According to mlive.com, Black was limited by another foot injury during his sophomore season. In 2019, he recorded 323 receiving yards and scored on one of his 25 receptions. A four-star signee in the 2017 recruiting cycle, Black averaged 12.7 yards over his 40 catches as a Wolverine.

The 6-3, 215-pound Black joins a receiving corps that boasts some depth but is short on returning production. Devin Duvernay and Collin Johnson, who were both selected in last week’s NFL draft, accounted for 47.1 percent of the Longhorns’ catches in 2019. Outgoing receiver John Burt also started six times as a senior. Brennan Eagles and Jake Smith are among the veterans in a receiving room that will also welcome freshmen Troy Omeire, Kelvontay Dixon and Dajon Harrison.