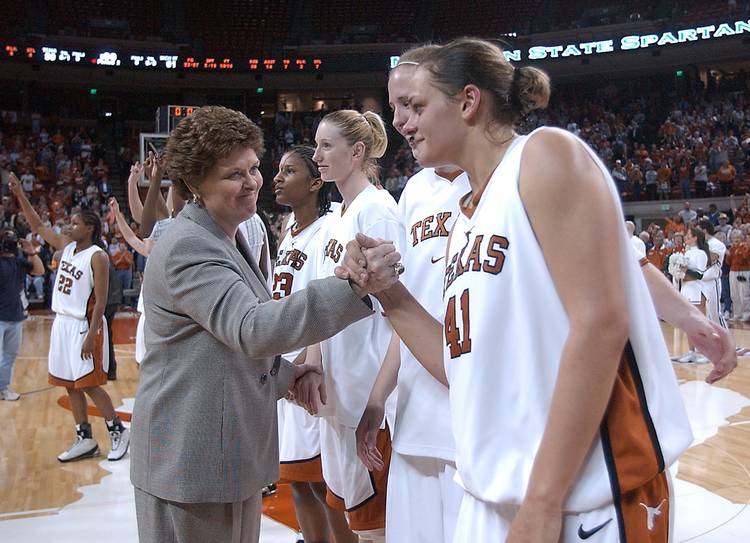 Former Texas standout Stacy Stephens has been named the head coach at Our Lady of the Lake University, the San Antonio-based NAIA school announced on Thursday.

Stephens joins Kamie Ethridge (Washington State), Nell Fortner (Georgia Tech) and Vicki Hall (Indiana State) as the ex-players from the women’s basketball program at Texas who are currently head coaches in college. Each member of that quartet played under Jody Conradt.

This is the first head-coaching job for Stephens. She served as OLLU’s interim coach this past season. Under Stephens, the Saints went 26-6, claimed the Red River Athletic Conference’s regular-season title and averaged an NAIA-best 100.84 points per game.

“Over the years, Stacy has learned a lot about college athletics and women’s basketball through her own initiative and by working with some highly decorated and experienced coaches,” OLLU athletic director Shane Hurley said in a statement. “We as a department and institution look forward to seeing the continuation of the fruits of her labor due to drive and initiative.”

Stephens stared at UT from 2000-04. A two-time All-American, Stephens still ranks second in the Texas record books in career rebounds (1,223) and career starts (134).  She was inducted into the Texas Women’s Hall of Honor in 2017.