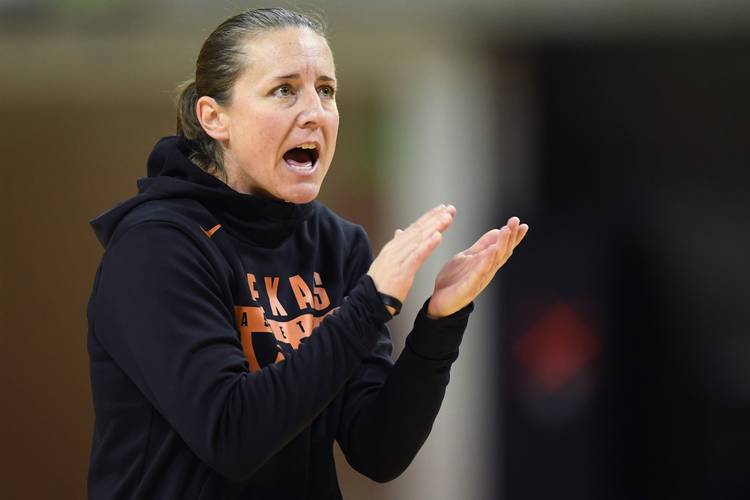 Former UT coach and player Jamie Carey has been hired as an associate head coach at North Texas, the Mean Green announced on Friday.

Carey spent the previous four seasons on Karen Aston’s coaching staff at Texas. She was an associate head coach for two of those campaigns. Carey was not retained by Vic Schaefer, who took over at Texas in April.

Carey will work for Jalie Mitchell at North Texas. Mitchell, who just completed her fifth season with the Mean Green, served as an assistant under Aston at both North Texas (2011-12) and Texas (2012-15).

“Jamie comes to UNT with an incredible basketball mind, a passion for reaching and teaching young women on and off the court, and a long list of experiences that will help our team in more ways than I can even count,” Mitchell said in a statement. “She is a winner. I love the fact that our guards will be able to learn from someone who has been there and done it in our sport on multiple levels.”

Added Carey in a press release: “I couldn’t be more excited for the opportunity to join the Mean Green community and the women’s basketball family at North Texas. I have always had a great deal of respect for Coach Mitchell and how hard her teams compete. I’m looking forward to starting to build relationships with the players and staff and getting to work.”

Carey, who played at Texas from 2002-05, also has a two-year stop at Colorado on her coaching resume. Instructing guards was among Carey’s tasks at Texas. This past season, senior Sug Sutton was an all-conference honoree and WNBA draft pick while Celeste Taylor was a unanimous honoree on the Big 12’s all-freshman team.

WATCH: Longhorn coaches turn to broadcasting during the My Texas Tailgate