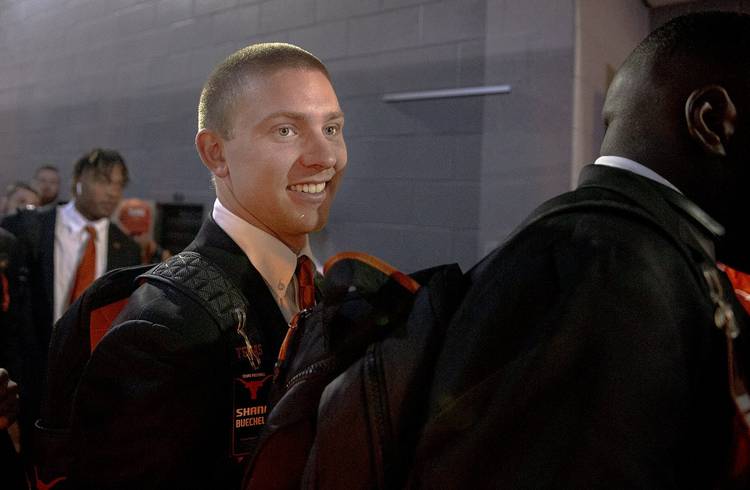 Shane Buechele’s fundraiser hit paydirt for the city of Dallas.

The Texas quarterback who transferred to SMU started a GoFundMe campaign in April with the goal of raising $50,000 for coronavirus relief. Buechele and his girlfriend, Paige, will deliver that money to Dallas Mayor Eric Johnson at 11 a.m. Thursday.

SMU announced that Buechele’s fundraiser had reached its monetary goal, and the $50,000 check will go to the Mayor’s Disaster Relief Fund.

“I was impressed with Shane Buechele’s performance on the field last season for SMU, but I am far more impressed with his commitment to his community here in the city of Dallas,” Johnson said in a statement released by SMU. “Dallas is a resilient city. We will recover from COVID-19, and the funds raised by Shane and Paige will help us get there.”

The Mayor’s Disaster Relief Fund committee will meet to determine how the funds are distributed, SMU said in a statement.

“Dallas is home. I grew up here,” said Buechele, who graduated from Arlington Lamar. “It’s been amazing to see how many people have sent in donations. Everyone wants to help and give back in some way and I’m glad they’re able to do that through the donation page Paige and I started.”

Buechele grew up in a family full of Oklahoma Sooners but ultimately signed with Texas. He threw for 4,636 yards for the Longhorns from 2016-18. Buechele graduated from UT, transferred to SMU for his senior season and threw for almost 4,000 yards in 13 games on the Hilltop.

Buechele’s impact goes far beyond football, though. The check will be presented at Fire Station No. 4.

Texas quarterback Sam Ehlinger also started a GoFundMe campaign. It was at more than $107,000 as of Tuesday. Ehlinger’s fundraiser is for local non-profit organizations in the Austin area.