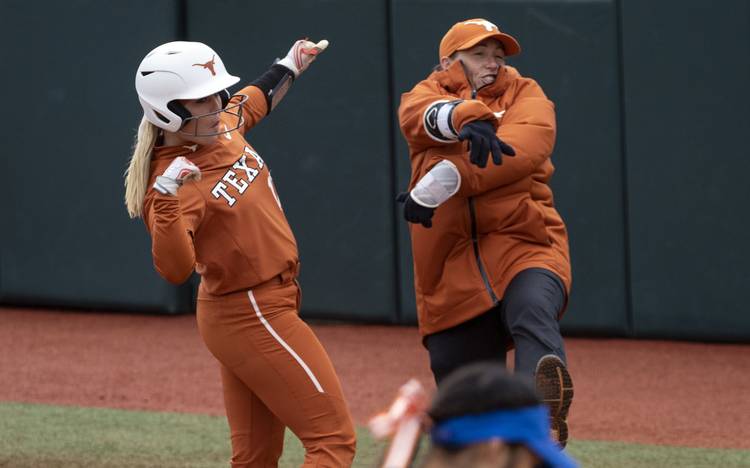 Spencer, who has spent the past two seasons as an assistant at Texas, has been hired to be Cal’s next head coach. The Pac-12 school announced on Wednesday that Spencer will replace Diane Ninemire, who stepped down in March after a 32-season run. A California native, Spencer was the Golden Bears’ starting shortstop when they won the NCAA championship in 2002.

This will be the second head-coaching job for Spencer, who turned 37 last week. Spencer also ran the program at Chabot Community College from 2007-10. At Cal, she is set to inherit a team that last reached the NCAA Tournament in 2018 and went 13-11 this past season. Sophomore Chloe Romero spent her freshman year at Texas, but the right-hander led the Golden Bears in wins (seven) and strikeouts (49) in 2020.

After working with White at Oregon from 2013-18, Spencer followed him to Texas ahead of the 2019 season. Spencer was primarily responsible for coaching the Longhorn infielders. She also served as UT’s first base coach.

“We are excited for Coach Spencer as she enters a new chapter in her coaching career,” White said in a statement. “Ever since day one as my assistant, Chelsea has dreamed of being the next Head Coach at Cal. She is a loyal alum having grown up in the Bay Area, and her family are all from the area. It is truly a great story, and Cal is getting one of the top assistants in the country. We are sorry to see her leave, but this is an opportunity for her that she has been working her entire career towards. We wish her and her family nothing but the best, and we will miss her dearly.”

White will now be tasked with finding a successor for Spencer. Last year, the hiring of Steve Singleton to be UT’s new hitting coach paid off as the Longhorns led the nation in batting average this spring. Texas will also need to replace volunteer assistant coach Kailee Cuico, who is married to Spencer.

The Longhorns went 24-3 in 2020. Texas finished a season that was abbreviated by the coronavirus pandemic as the third-ranked team in the NFCA poll.