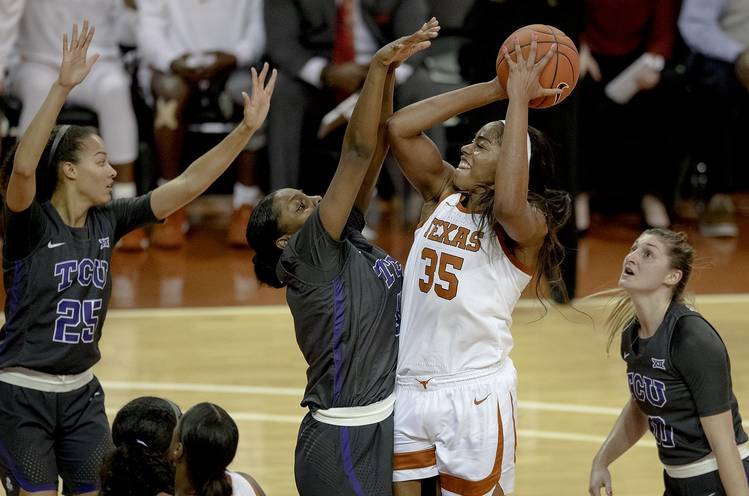 Texas basketball players Charli Collier and Andrew Jones have been nominated for the Big 12’s Sportsperson of the Year awards.

Collier and Jones were among the 19 nominees revealed by the Big 12 on Tuesday. According to the Big 12, the “Sportsperson of the Year Awards began in 2000-01 to annually recognize student-athletes who displayed an extraordinary degree of sportsmanship, community service and academic achievement.”

An all-conference honoree, Collier enjoyed a breakout season this winter. The 6-5 sophomore led Texas in both scoring and rebounding. Earlier this year, Collier raised over $2,500 for COVID-19 relief.

A redshirt sophomore, Jones averaged 11.5 points per game for the UT men. Jones was diagnosed with leukemia during the 2017-18 season and received a medical redshirt for the past two winters. Jones opened this season with a 20-point performance against Northern Colorado.