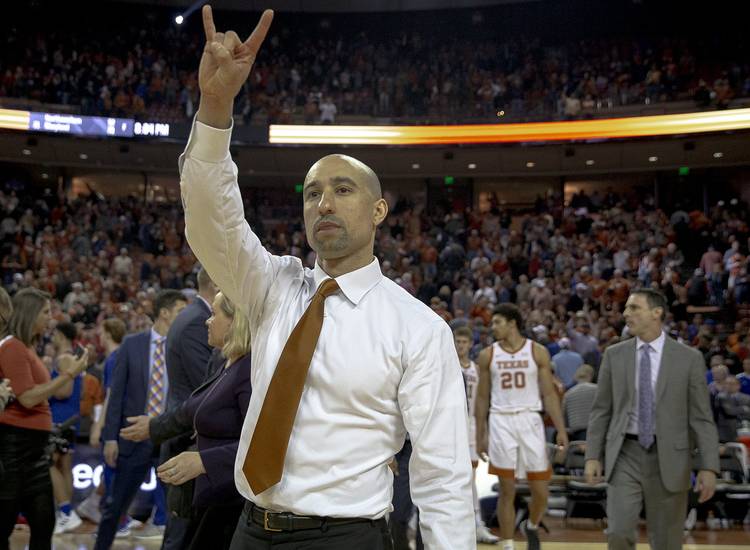 After a weekend full of nationwide protests, Texas men’s basketball coach Shaka Smart posted a heartfelt message Monday that said “we have an opportunity to LISTEN to each other.”

“I’ve struggled to articulate the sadness and anger I’m still feeling days after hearing George Floyd’s final words,” Smart wrote in a posting on social media. “They still echo in my mind. “I can’t breathe … Everything hurts … Momma … Please!

“This was a human being. This was preventable,” Smart continued.

“George Floyd’s death was not an isolated incident. It was not an accident. It was another tragedy in a long line of terrible violence perpetuated against black people in this country. This violence is part of the systemic racism that has plagued America since its inception and continues to devastate our communities.

On Sunday, Texas athletics posted a message attributed to athletic director Chris Del Conte that said UT encouraged athletes and coaches to participate in the national dialogue. “Their voices need to be heard and they are leaders who can help us move forward,” according to UT’s statement. “We must do our part in uniting our nation alongside them.”

Texas football coach Tom Herman and his assistant coaches over the weekend denounced the escalating violence. In a social media statement, Herman called it a “painful time for our country.”

Smart went another step forward and recommended various local and national Twitter accounts and individuals to follow for those wanting more information. The organizations included the Austin Justice Coalition, Black Mamas ATX and the UT Center for Innovation in Race, Teaching, and Curriculum.

“None of us has all the answers,” Smart posted. “But there are activists and experts who’ve been deeply immersed in the hard work of righting the wrongs of social injustice. They need our help.

“Most fundamentally, we have an opportunity to LISTEN to each other and become more connected around the common bond of humanity that we all share,” the coach concluded. “This is a choice that we can and must make. When we do, what’s preventable will begin to be prevented.”