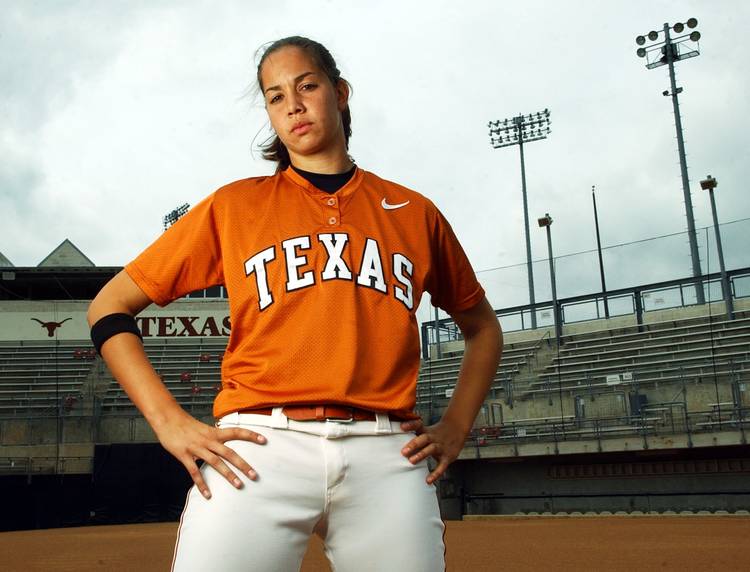 Cat Osterman, who has long been considered the greatest softball player in Texas’ history, found herself in elite company this week.

It was announced on Tuesday evening that Osterman has earned a starting spot on ESPN’s “Greatest All-Time Softball Team.” Only two pitchers made the cut on an 11-player team that was selected by fans.

You voted and here is your “Greatest Ever” College Softball team! Congratulations and well deserved!! #greatestever pic.twitter.com/c28TBSlUOP

Osterman was one of eight left-handed pitchers and the only Longhorn on the ballot. She received 34.7% of the fan vote to beat out Oklahoma’s Paige Parker (24.1%) and Tennessee’s Monica Abbott (15.7%). Abbott replaced Osterman on the all-time team that ESPN’s 7Innings Podcast put together.

Osterman starred at Texas from 2002-03 and again from 2005-06. The four-time All-American still owns most of UT’s pitching records. Osterman also won a gold medal at the Olympics in 2004 and a silver medal in 2008.

After retiring from professional softball in 2015, Osterman returned three years later and eventually made the U.S. Olympic team’s roster. The 2020 Olympics in Tokyo, however, were delayed a year due to the coronavirus pandemic. Osterman’s long-awaited jersey retirement ceremony at Texas was also postponed this spring.

Osterman recently stepped away from her job as an associate head coach at Texas State. She will next appear in the Athletes Unlimited league in August.