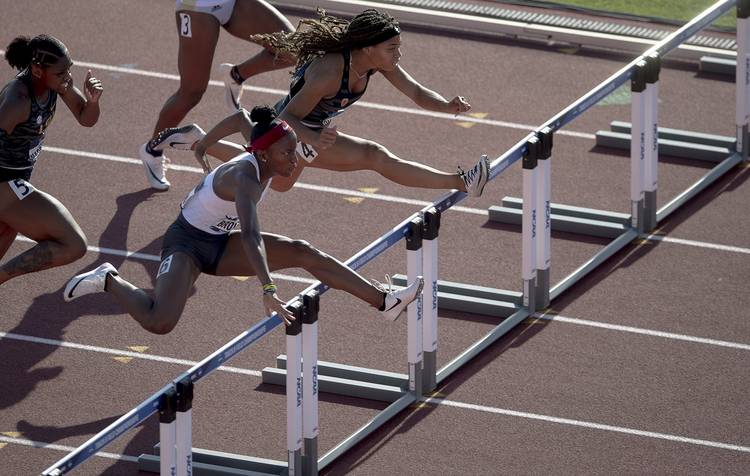 Texas announced this week that Chanel Brissett, a two-time national champion, has joined its track and field program.

As a graduate transfer from the University of Southern California, Brissett can compete immediately at Texas. Brissett is eligible for two more outdoor seasons. She has only one indoor season left.

Brissett said on Instagram that she will study in the McCombs School of Business.

Brissett is a Pennsylvania native who spent the past three years in Los Angeles. She is not unfamiliar with Austin, though.

Texas hosted the 2019 NCAA outdoor championships. At that meet, Brissett ran on USC’s title-winning 400-meter relay team. She also finished second in the 100-meter hurdles. As a team, USC finished just behind Arkansas on the scoreboard.

Brissett was the NCAA’s indoor champion in the 60-meter hurdles in 2019. USC placed second at that meet as well.

At Texas, Brissett joins a women’s program that has won six of the Big 12’s last seven indoor titles. (Texas was also the Big 12’s outdoor champ in 2019). Seven of UT’s women earned USTFCCCA All-American honors during the 2020 indoor season. Texas junior Tara Davis, a hurdler and long jumper who was an All-American at Georgia in 2018, has also missed much of the past two years due to the NCAA’s transfer rules and a foot injury.

Texas crosses three names off its baseball team’s roster as Elder, Ellis and Fields move on