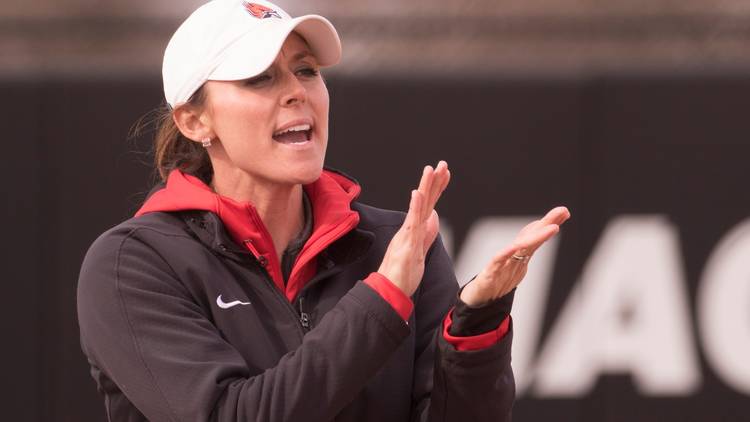 Ciolli Bartlett will replace Chelsea Spencer, a longtime lieutenant for Texas coach Mike White. Spencer was hired to lead the softball program at Cal in May.

“Coach Ciolli Bartlett brings a wealth of experience as a head coach, a professional player and as a former All-American standout at Notre Dame,” White said in a statement. “She is an excellent role model for young women, with tremendous passion for game, and possesses a personality that will definitely enhance both our program and coaching staff.”

Advertisement
Ciolli Bartlett had been in charge of Ball State’s program since the 2016 season. The Cardinals went 22-32 and lost twice to Texas in Ciolli Bartlett’s first campaign, but the team won at least 30 games in each of the next three seasons. Ciolli Bartlett compiled a 141-108 record at Ball State. Her 2020 team boasted an 18-9 record when this season was cut short by the coronavirus pandemic.

Texas did not release Ciolli Bartlett’s salary information on Friday. Steve Singleton was paid $120,000 after he was hired last year as UT’s hitting coach. According to Ball State, Ciolli Bartlett had a salary of $111,240 this past year.

In UT’s press release, Ciolli Bartlett was quoted as saying that “It was going to take nothing short of an extraordinary opportunity to entice me to leave a place like Ball State and the people I love. With this opportunity at Texas, Coach White has delivered on that and more. The UT program is made up of some of the most gifted and passionate players in our game today. I can’t wait to get to Austin to get started.”

Ciolli Bartlett will be tasked with coaching an outfield that will return several experienced contributors in 2021. She will also coach baserunning and aid Singleton with instructing hitters.

The hiring of Ciolli Bartlett won’t be UT’s only transaction this off-season. The Longhorns must still fill the volunteer coaching position that was vacated by Kailee Cuico.