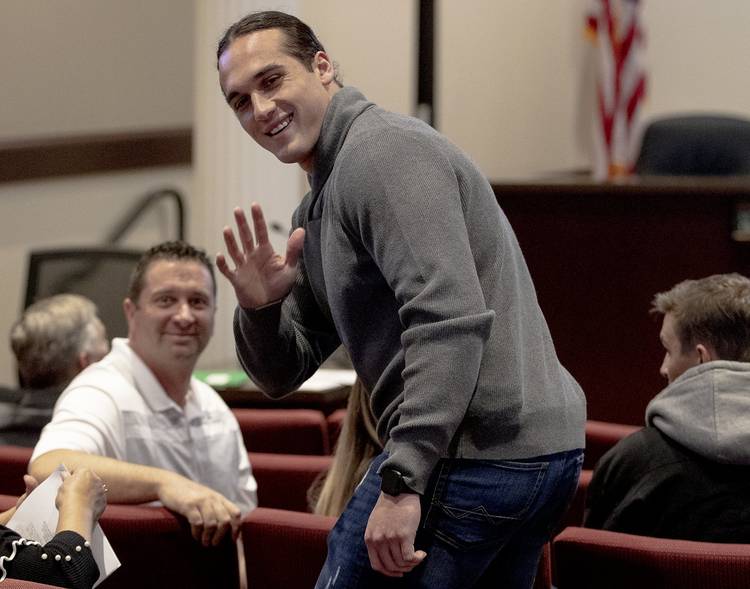 Greg Kelley, who was imprisoned for three years due to a wrongful conviction, may include a chapter about the Texas Longhorns in his comeback story.

A Texas spokesperson confirmed on Friday that Kelley participated in a walk-on tryout for the football team this spring. Kelley’s wife, Gaebri, tweeted on Thursday that her husband is enrolled at UT, training and looking to resume his career.

HOOK EM! Greg has been training with the NFL athletes and waiting for the opportunity to play for UT. He is a student there and ready to take the field. He tried out and is still waiting on a decision from the coaches. 🤘🏽 https://t.co/JGqQUlAAPK

It was not immediately clear when Kelley’s tryout occurred. According to Texas, none of the prospective walk-ons at the tryout have been added to the roster “at this point.” Due to the coronavirus pandemic, Texas was unable to hold its annual spring practices. The team’s workouts this summer have been done on a voluntary basis.

Nearly seven years ago, Kelley was arrested in Cedar Park and charged with the aggravated sexual assault of a child. In a case that lacked physical evidence and relied heavily on testimony from a young boy, Kelley was found guilty a year later. Kelley was released in 2017 when an investigation was reopened. A state district judge in Georgetown exonerated him this past November.

Kelley recently filed a lawsuit over his wrongful conviction. His plight is the subject of a five-part documentary that was recently released by Showtime.

At the end of the final episode of the “Outcry” documentary, it was revealed that the 25-year-old Kelley “hopes to walk-on and play football for the 2020 (Texas) team.” Before his arrest, Kelley was a standout safety at Leander. Rated as a two-star prospect, he was the first athlete to commit to UTSA during the 2014 recruiting cycle. Texas State and Rice also offered Kelley a scholarship before his senior year of high school.