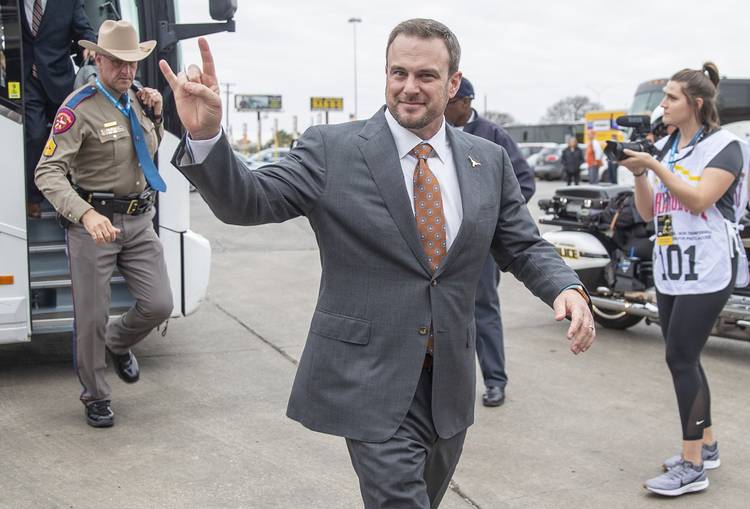 Three-star tight end Gunnar Helm became Texas’ 15th commitment of the 2021 recruiting cycle on Monday afternoon when the Englewood, Colorado native picked the Longhorns over 27 other offers, including Auburn, Georgia, Iowa and Wisconsin. Helm is a 6-5, 225-pounder out of Cherry Creek High School. He is the 26th-ranked tight end and the sixth-best prospect from Colorado in the 2021 cycle, per 247Sports composite rankings.

The tight end position has been a roller coaster for the Longhorns in the current cycle. Texas held and lost pledges from Lake McRee and Landen King before offering Helm on June 9. McRee is now committed to USC, while King flipped to Auburn. Three-star athlete Juan Davis, a long-time Texas commit, could wind up at tight end alongside Helm.

Helm’s commitment inches Texas’ 2021 recruiting class back towards the top-10. The class currently ranks 12th in the nation and first in the Big 12. The Longhorns have signed a top-10 class and led the Big 12 in recruiting since the 2018 cycle. Texas should be done recruiting tight ends, as the offensive staff  focuses on wide receiver and offensive line.

Longhorn Confidential: If high schools delay or move their seasons, what happens to recruiting?