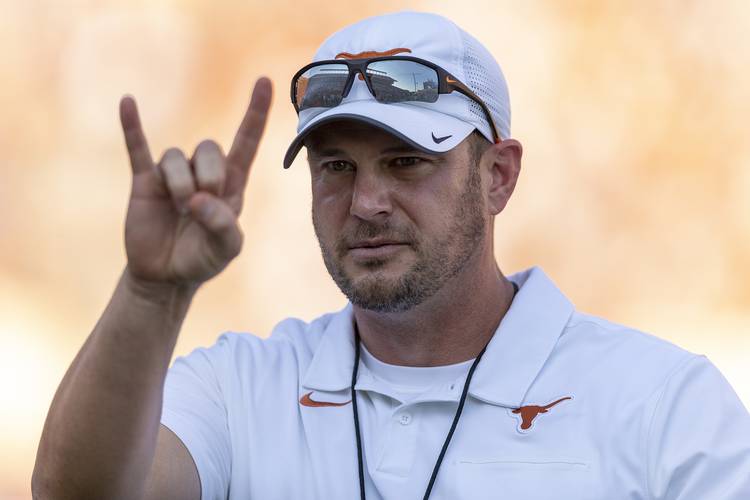 Texas began its 2022 recruiting class Friday afternoon when four-star wide receiver Phaizon Wilson of Lancaster High School pledged to the Longhorns over 15 other offers, including Alabama, Texas A&M and Florida. The 6-4, 200-pound prospect is the 31st-ranked wide receiver in the 2022 cycle, and a future member of the Fabulous 55.

Wilson was primarily a backup as a sophomore, catching eight passes for 137 yards and a pair of touchdowns. Texas offered on April 23. Wide receiver is among the most important positions for Texas in the 2022 cycle. Wilson is one of 16 wide receivers in the cycle to hold an offer from Texas, more than any other position.

Texas started its previous classes in July, adding quarterbacks first in Tom Herman’s previous cycles. The 2021 class, consisting of players entering their senior seasons, ranks 12th in the country and first in the Big 12. The Longhorns have signed three consecutive top-10 classes that ranked first in the Big 12. The only wide receiver commit in the 2021 class is three-star Casey Cain from Louisiana.

Austin health official: Even 25% stadium capacity a challenge for Texas football this fall