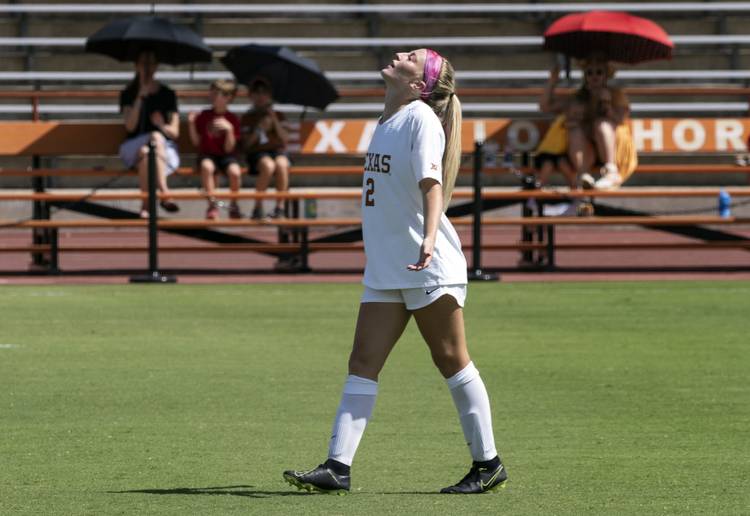 On Tuesday, Texas returned to Myers Stadium for its first practice of the 2020 soccer season.

As for when the Longhorns will get to play a game on their campus, that date has been pushed back a few weeks. Texas is now set to start its season with a home game against Rice on Aug. 30. Originally, a match against UTSA on Aug. 20 had been marked as UT’s opener.

As of Wednesday, Texas had removed non-conference games against UTSA, New Mexico State and Central Florida from its schedule. A match against Texas State has been moved from Aug. 23 to Sept. 17. First booked as an exhibition opponent, North Texas will now play the Longhorns in the middle of October.

The changes to the schedule are not surprising. When UT released its schedule in July, the team conceded that this “schedule is subject to change due to any COVID-19 concerns prior to the start of the campaign.”

Due to the season-starting delays that were recently implemented by the AAC and WAC, UCF (Aug. 27) and New Mexico State (Sept. 6) became unavailable.  Soccer teams from the Sun Belt Conference can’t compete until Sept. 3, so that explains the rescheduling of Texas State.

A Texas spokesperson told the American-Statesman that the soccer squad’s schedule remains a work in progress.  According to guidelines released by their conferences, LSU (Sept. 10), Abilene Christian (Sept. 13) and Utah Valley (Sept. 20) should still be able to play UT this season. Conference USA has not yet published its plans, which could impact Rice and North Texas’ trips to Austin as well as UT’s hopes for rescheduling the UTSA contest.

The start of conference play for the Longhorns is slated for Sept. 24. The Big 12 hasn’t revealed its guidelines for scheduling soccer and volleyball games this fall. The NCAA said on Wednesday that Aug. 21 is the deadline for deciding whether there will be a postseason tournament for soccer in 2020.