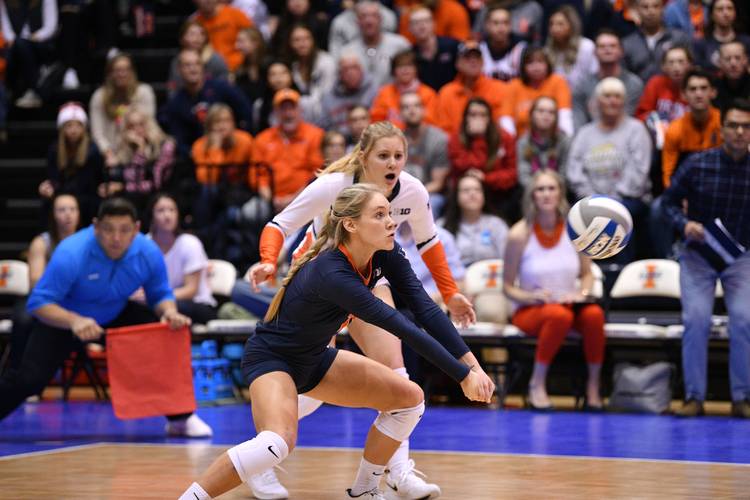 Over her three seasons with the Fighting Illini, O’Brien tallied 1,202 digs. Her 3.83 digs per set during the 2019 season ranked eighth in the Big Ten. Two years ago, O’Brien recorded a match-high 27 digs in the national semifinals against Nebraska.

“Morgan brings experience and talent to our libero position,” Texas coach Jerritt Elliott said in a press release. “She will compete from day one and make our back court exciting to watch and tough to compete against.”

O’Brien joins a Texas program that has an incumbent libero in junior Sydney Petersen. A two-year starter, Petersen has averaged 3.54 digs per set in her career. Petersen, though, has struggled at points and was pulled during UT’s second-round match in the 2019 NCAA tournament.

If Texas doesn’t put O’Brien in the libero jersey, it is likely that she will still see playing time as a defensive specialist. Incoming freshmen Nalani Iosia and Reilly Heinrich could also compete for the reps vacated by former UT defensive specialists Claire Hahn and Autumn Rounsaville.

With the addition of O’Brien, Texas has now accepted two transfers this offseason. Former Nebraska outside hitter Capri Davis signed with the Longhorns in December.