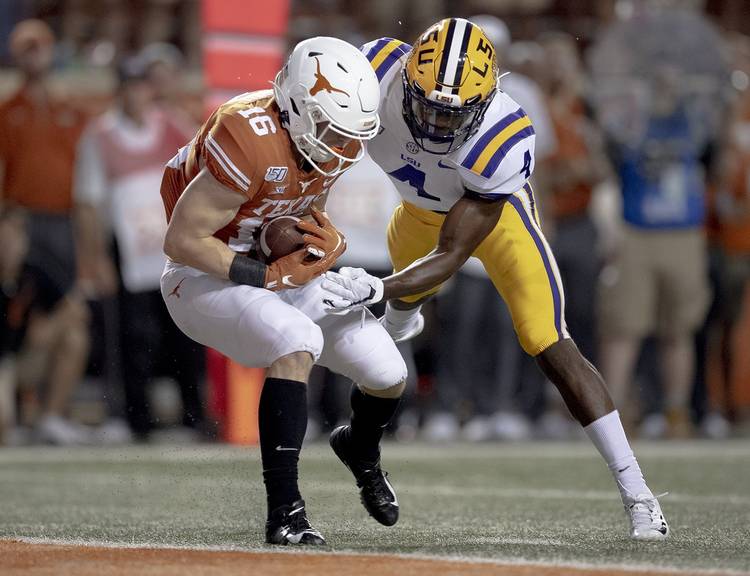 When Texas opens its fall football camp on Friday, several of the team’s returnees will be sporting a new look on the practice fields.

According to the team’s updated roster, seven Longhorns have switched their jersey numbers. Texas recently shared photos of some of the old players’ new jerseys.

Some new numbers on some familiar faces this season. 🤘#ThisIsTexas #HookEm pic.twitter.com/xxVs9JT1Oy

Here is a list of the Longhorns’ jersey switches:

Ain't this what they've been waiting for?

THrougH all tHem dark times tHat tHey never saw, I feel like I stand tall and could never fall.💯