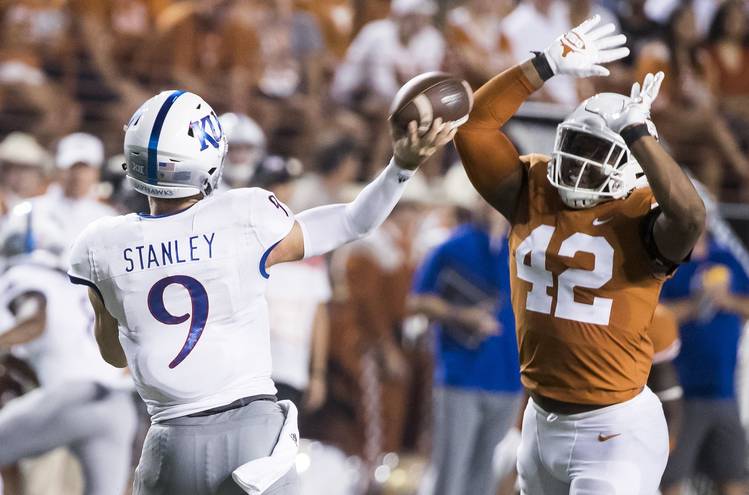 Concerns over the coronavirus pandemic will sideline Marqez Bimage for the 2020 football season, a UT source confirmed to the American-Statesman.

Bimage’s opt-out decision was first reported by Orangebloods.com on Wednesday night. A 6-2, 251-pound defensive lineman, Bimage is heading into his senior year at Texas.

On Wednesday, Big 12 commissioner Bob Bowlsby said the conference is committed to maintaining the financial aid of athletes who choose to not play because of coronavirus concerns. The athletes who do sideline themselves, however, can’t participate in any team activities. Bowlsby noted that opting out is “not the same thing as redshirting.”

A Brenham native, Bimage was originally committed to Houston before he followed Tom Herman to Texas in 2017. In 34 career games, Bimage has compiled 19 tackles and two forced fumbles. He was considered a contender for playing time in new defensive coordinator Chris Ash’s 4-3 scheme.

Off the field, Bimage was also among the Longhorns who used their voices this summer to protest racial injustices. On June 4, Bimage spoke at the football team’s march to the state capitol. When the UT athletes launched a campaign to address racial issues on their own campus, Bimage’s #WeAreOne tweet received over 1,000 likes.