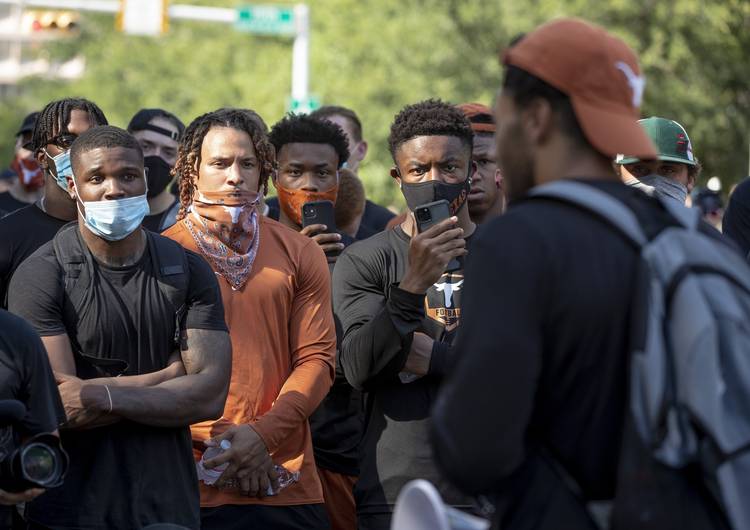 The Texas football team called off its scheduled practice Thursday in light of ongoing social issues, a team spokesman said. Players had an “open discussion” about events instead.

UT’s decision not to practice followed moves made by other teams around the nation in other sports. Three NBA games were postponed Wednesday night, several NFL teams canceled practice Thursday and other college teams did not work out.

Practices were also called off Thursday at Mississippi State, Kentucky, Boston College and several other schools.

Texas players were the one of the first football teams to call major attention to racial issues earlier this summer after the death of George Floyd. Dozens of Longhorns walked to the State Capitol building in a show of force. Coach Tom Herman walked with the players and gave his full support.

The Longhorns are expected to resume workouts this weekend. The season opener is Sept. 12 against UTEP.