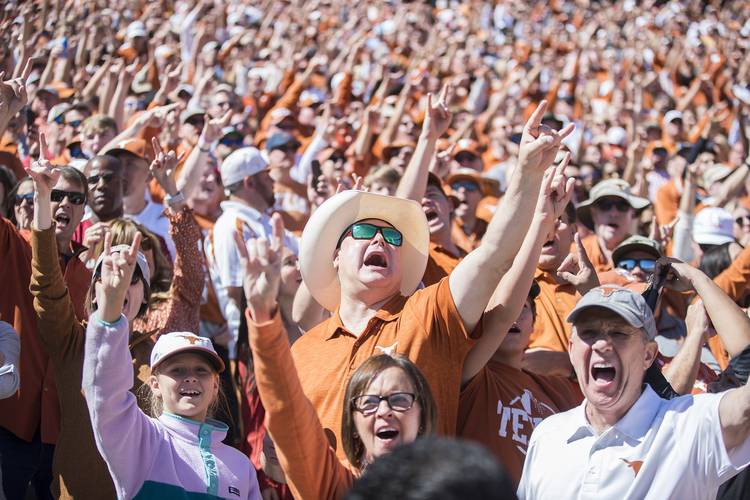 It was a really smart move by the Texas administration to not allow tailgating before the Sept. 12 opener against UTEP.

It was even smarter to keep the band away, though that “Eyes of Texas” side story is one to watch.

That leaves the fans.

It would be wise to close the gates to them, too.

Athletic director Chris Del Conte’s plan has been for Royal-Memorial Stadium to be at 25% capacity, but is it really worth furthering the risk of a COVID-19 outbreak by bringing 25,000 fans from different parts of the state into the stadium?

Hasn’t college football learned anything from the NBA’s wildly successful bubble experiment? No fans cuts down on the chances of exposure to the teams and coaches, who are already playing at a risk.

The Association created a virtual experience by allowing fans to go online and apply for seats that appear to be in the stadium during television broadcasts. It was a brilliant piece of marketing. It gives the viewers a fan-friendly experience much better than the images of thousands of empty seats on our flat-screens.

It’s a safe approach that gives us the feel of a live event and the piped-in crowd noise and lighting takes away from the synthetic feel of walking into an empty arena or stadium.

Just like the choice to play during a pandemic, the decision to allow fans into the stadium is about money. Texas has already announced massive budget cuts that have left many hard-working folks without jobs while others are sacrificing parts of their salary.

It’s a business, and the need to stay fiscally afloat is understandable. Let’s give a conservative figure and say tickets are going for an average of $100 per seat; then Texas is bringing in $2.5 million at the gate per game, not including concessions and merchandising, so I get it.

The $12.5 million generated for five home games is a serious piece of coin, but is it worth the increased possibility of a breakout with that unnecessary presence at DKR and stadiums like it across the country?

Most administrators would answer yes, and unequivocally.

Yeah, it’s a lot of money. But there are bigger stakes at play, and if the goal is to make it through a 10-game schedule without violent coronavirus outbreaks sabotaging the season, then keeping fans at home makes the most sense.

For the rest of Ced’s Nuggets, including the national spotlight on Texas State and Jerry Jones on empowering his players, click here.