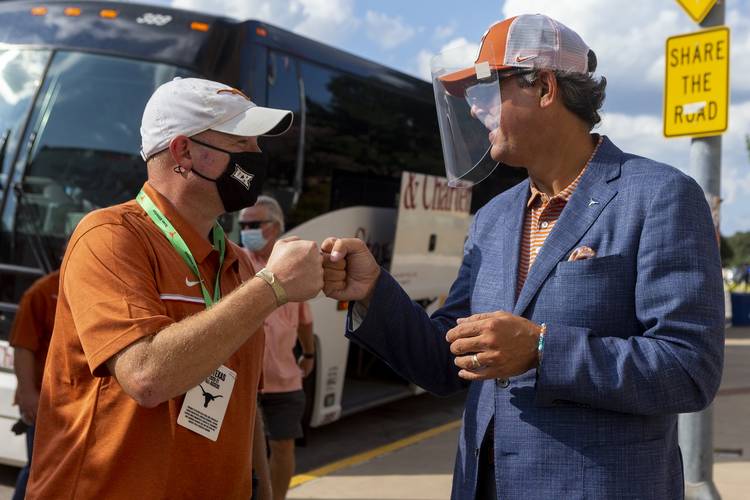 Texas fans returned to Royal-Memorial Stadium on Saturday as the Longhorns take on the UTEP Miners to open up a 2020 season that will be affected by COVID. Texas officials have limited fan attendance to 25% capacity of the stadium, which means approximately 25,000 fans will be in attendance for the season-opener.

RELATED: ‘Time to get it on’: No. 14 Texas begins what is hopefully a full, legitimate season against UTEP

RELATED: Eyes on Texas: After speaking up about social issues, Longhorns’ voices will only get stronger

Some fans still found way to ready themselves for the UTEP game:

No Juan Heisman Tailgate but we are with Juan. #JHT #HookEm 🤘🏾 pic.twitter.com/bXC9fwebn0