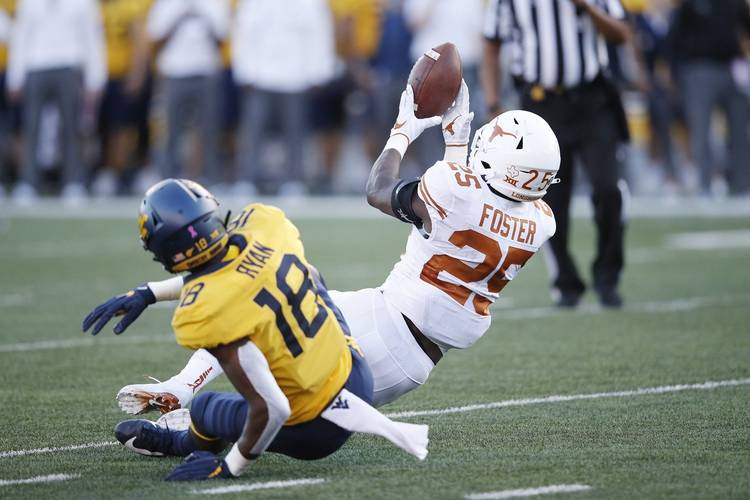 Texas safety B.J. Foster abruptly quit the team at some point during the second half of Saturday’s 59-3 win over UTEP and his future with the Longhorns is now in doubt, according to a report from Orangebloods.

Foster’s name was listed on the participation chart from the game, but he did not record a tackle, according to the statistics.

Orangebloods’ report was posted Sunday morning, the day after a blowout win in UT’s season opener. Practically everyone in uniform, down to the third-stringers, got a chance to play. Foster, a hard-hitting athlete from Angleton, was listed as the No. 2 strong safety on the UT depth chart handed out before the game.

Foster is the same player who got into “a fight with a car bumper” this summer and fractured his hand, Herman said in July. Foster was upset that someone hit his car and did not leave a note, the coach said. The junior fractured his fifth metacarpal bone. “We had a long conversation on that,” Herman said then.

A team spokesman could not confirm the report. Texas coach Tom Herman is not scheduled to speak to reporters again until noon Monday.