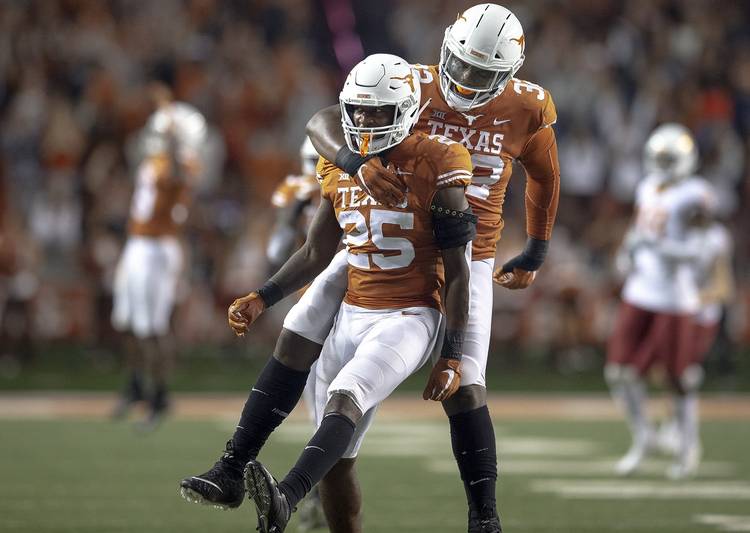 Texas safety B.J. Foster “obviously let his frustration get the best of him” by leaving the team Saturday night but will remain with the Longhorns, coach Tom Herman said Monday.

Foster was apparently upset over a lack of playing time during UT’s 59-3 blowout over UTEP. He left the stadium sometime during the second half, and it was thought he was going to quit the team.

But Foster returned to the football offices on Sunday and spoke with coaches. Herman said that Foster will “serve his penance” internally and then the whole issue will be “water under the bridge.”

Foster, a junior from Angleton, was expected to be a key contributor all season long. He was listed second on the depth chart for the season opener behind senior Chris Brown.