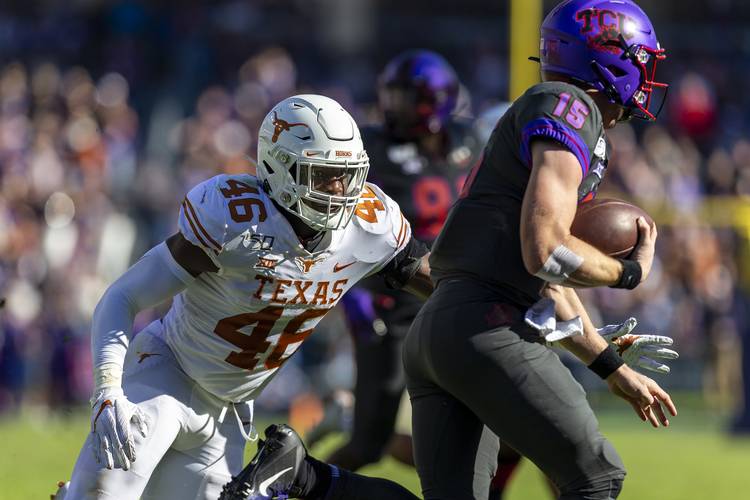 For Texas and TCU, a date and place has been set for their annual meeting on the football field. The Longhorns and Horned Frogs are still searching for a time, though.

The Big 12 announced on Monday that Texas and TCU will kickoff at either 11 a.m. or 6:30 p.m. on Oct. 3. If TCU and Texas meet at Royal-Memorial Stadium in the morning, the game will be televised on FOX.  ABC will carry the contest if it is in prime time. An official time will be revealed after the Big 12’s games are completed this weekend.

🚨 Next Saturday’s game vs. TCU will kick off at either 11 a.m. (FOX) or 6:30 p.m. CT (ABC). The official announcement will come after this weekend’s games have been completed.#ThisIsTexas #HookEm pic.twitter.com/PwoZYrZw0T

Ahead of this weekend’s trip to Lubbock, the Longhorns are 1-0 and ranked eighth in the Associated Press’ poll.  TCU had its season opener postposed two weeks ago, but the Horned Frogs are set to play Iowa State this Saturday.

Texas owns a 63-26-1 lead its its all-time series with TCU. The Horned Frogs, however, have won five of the last six meetings between these two schools. Last year, Texas was ranked 15th when TCU handed the Longhorns a 37-27 loss in Fort Worth.