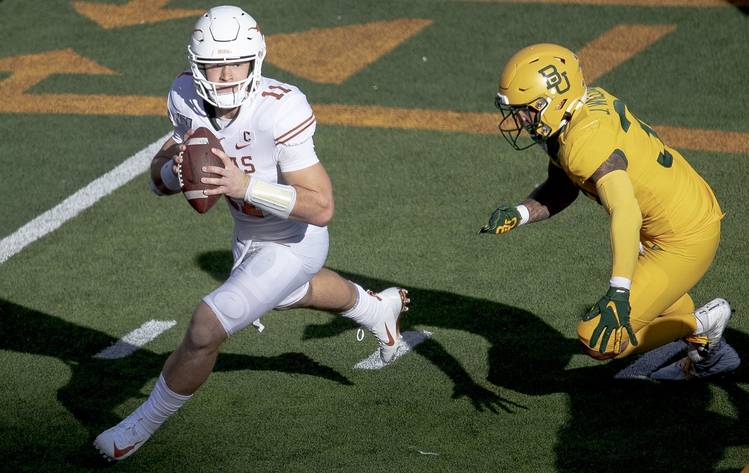 Next weekend, both Texas and Baylor will get back to work in the afternoon.

The Big 12 announced on Monday that Texas and Baylor will meet for a 2:30 p.m. kickoff on Oct. 24. ESPN will televise UT’s third home game of the season.

Mark your 🗓️ for a full slate of #Big12FB on Oct. 24th‼️@Academy Sports + Outdoors pic.twitter.com/oKHjNwhR7r

Texas has a bye scheduled for this week. The Longhorns are 2-2 in 2020, but two straight losses have dropped the team’s conference record to 1-2.

Baylor has split the two conference games it has played this season. The Bears had a bye this past week, and a game that was to be played this weekend against Oklahoma State has been moved to December. Last week, Baylor announced that it was suspending all football-related activities in an effort “to allow for further evaluation of recent positive (COVID-19) tests and the completion of close contact tracing.” Baylor later said that it had suspended practices through Oct. 17.

Texas owns a 78-27-4 lead in its all-time series with Baylor. Last season, however, the Bears dominated the scoreboard in a 24-10 win in Waco.