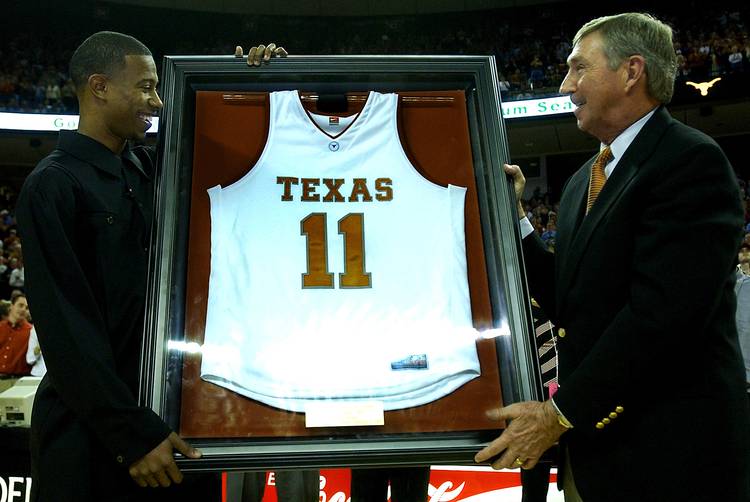 T.J. Ford had his No. 11 retired at halftime of the Texas vs. Oklahoma game at the Erwin Center on Feb. 8, 2004. He admires his framed jersey given to him by Texas Athletic Director DeLoss Dodds. (Ralph Barrera/AMERICAN-STATESMAN)

The former Texas point guard, who was inducted into the Texas Sports Hall of Fame last month, led the Longhorns to the 2003 NCAA Final Four. We’re celebrating his birthday with a look back at his time on the Forty Acres: Photos: T.J. Ford through the years.