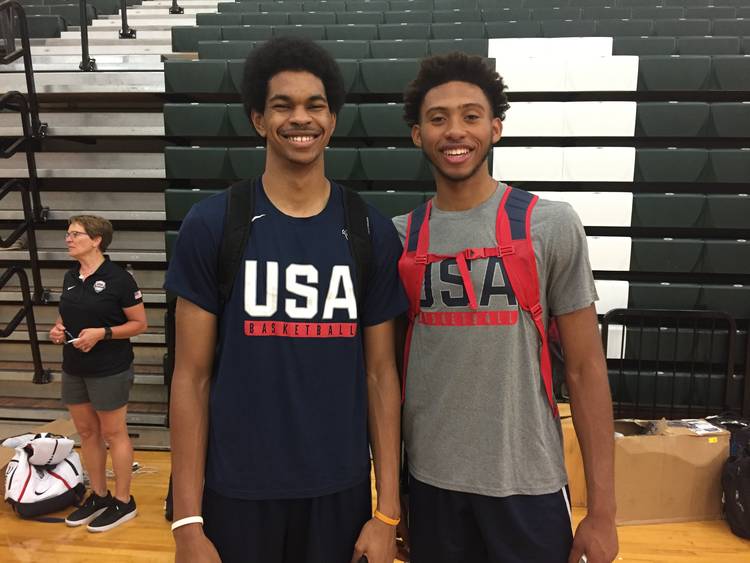 Texas incoming freshman Jarrett Allen scored seven points to go along with a team-high 10 rebounds as Team USA defeated the U.S. Virgin Islands 107-63 at the FIBA Americas U18 Championship in Valdivia, Chile on Wednesday.

Allen also had four assists, a block and a steal in his start for the preliminary round game. James Banks, another incoming UT freshman, scored a point and had five rebounds in 13 minutes.

Team USA, led by head coach Shaka Smart, will take on Chile on Thursday at 7:15 p.m. to conclude Group B action.

The team defeated Puerto Rico on Tuesday, 103-70, as Allen was 9-of-15 shooting with eight rebounds in 21 minutes. Banks had four points on 2-of-6 shooting and played nine minutes. They’ll look to make the semifinals as one of the top two teams in group play.

The semifinal round takes place Friday with the gold medal and bronze medal games to be played on Saturday.