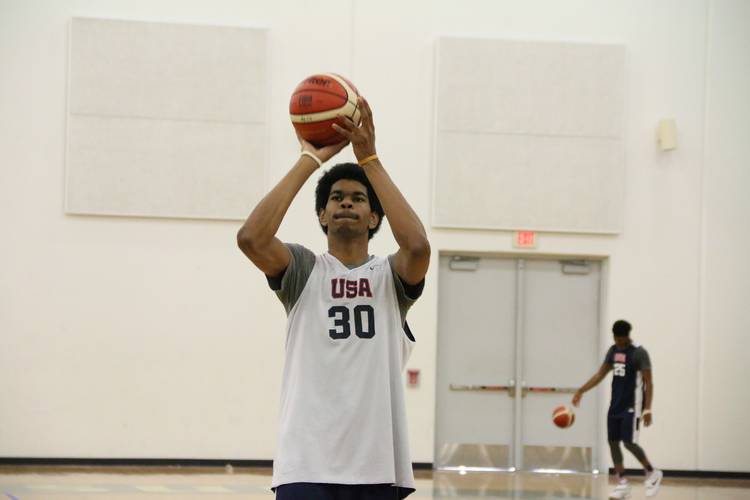 Incoming freshman Jarrett Allen attempts a free throw during USA U18's practice. Allen was named to the squad that will vie for the world championship in Chile. (Courtesy USA Basketball)

Incoming UT freshmen, Jarrett Allen and James Banks, along with head coach Shaka Smart helped lead Team USA to an 88-48 semifinal win over Brazil at the FIBA Americas U18 Championship in Valdivia, Chile on Friday night.

Jarrett Allen recorded a double-double while James Banks had a game-high five blocks as the team is now set to face Canada in the gold-medal game on Saturday at 7:15 p.m.

Allen, who got the start, scored 14 points on 5 of 10 shooting to go along with 10 rebounds in his 19 minutes. Banks had nine boards in addition to two points in 14 minutes.

Team USA improved to 4-0, including previous wins over Puerto Rico, U.S. Virgin Islands and Chile. The team hasn’t won a game by less than 20 points in the tournament so far.

The Americans have already earned a qualifying berth for the 2017 FIBA U19 World Championship.