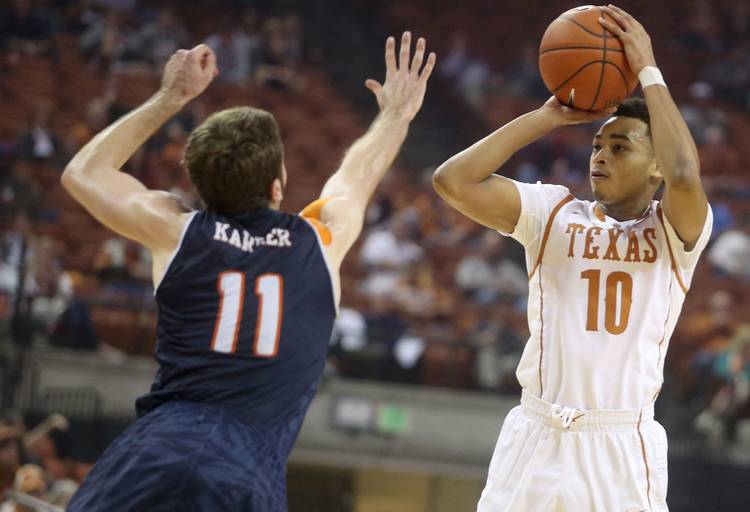 Texas coach Shaka Smart will be looking for increased production out of his talented sophomores, and according to Sports Illustrated he’s going to get it.

Kerwin Roach Jr. and Eric Davis Jr. were placed on the publication’s list of “projected breakout scorers,” according to a complex simulation formula. After simulating the season 10,000 times, SI forecasted that Roach and Davis will both average double digit points per game during the 2016-17 season.

The formula projects Roach bumping his average to 14.0 ppg, with Davis following at 13.0 ppg. Both players averaged right around 7.5 ppg as freshmen. Here’s what SI reporters Luke Winn and Jeremy Fuchs had to say about the pair’s breakout potential:

Roach Jr. and Davis were each top-50 recruits who logged big minutes as freshmen, which make them the ideal candidates to make the classic sophomore leap.

Roach was already named to a similar list by CBS Sports’ Matt Norlander, who called the 6-foot-4 guard from Houston a “crazy athlete.” Longhorns fans are already familiar with his array of highlight-reel dunks, and he’s already shown the ability to score in bunches in wins over TCU (22 points) and Oklahoma State (15 points) last season.

Meanwhile, Davis played well in some really big spots for the Longhorns in 2015-16. The 6-3 guard from Saginaw, Michigan, dropped 16 points in the Longhorns’ upset of No. 3-ranked North Carolina and stepped up big (15 points) in a win over No. 10 West Virginia in February.

If Texas is to live up to the preseason hype and contend in the Big 12, it is going to need these sophomores to step up. Luckily, Roach and Davis have a lot of believers.