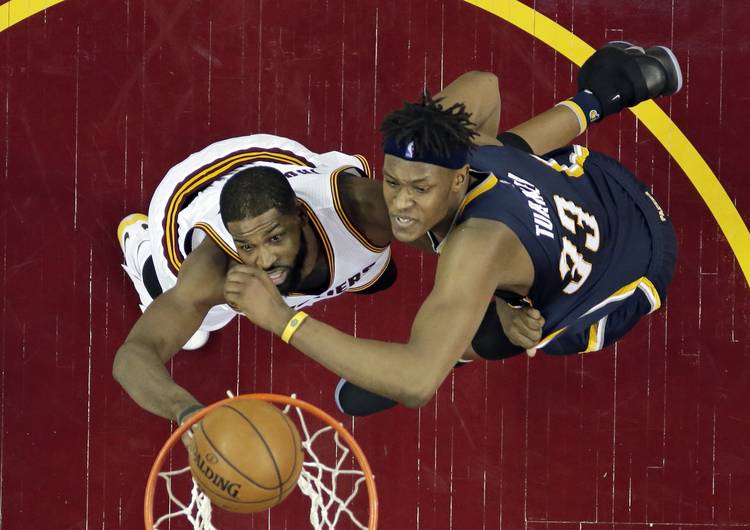 At the expense of a fellow Longhorn, Indiana center Myles Turner recorded a posterizing dunk on Thursday.

In the second quarter of a first-round playoff series against Cleveland, Turner gave his Pacers a 42-32 lead with a thunderous dunk. Turner rebounded his own miss and threw down a one-handed slam. Stuck in Turner’s way on the highlight-reel play was Cleveland center Tristan Thompson.

Turner and Thompson both played one season at Texas.

"MYLES TURNER FROM THE RAFTERS!" 😳🔨 pic.twitter.com/yyGSUNrvQV

Thompson (2010-11) and Turner (2014-15) were both the Big 12’s Freshman of the Year during their only seasons at Texas. Turner averaged 14.5 points and 7.3 rebounds per game for the Pacers during this regular season. Thompson contributed 8.1 points and 9.2 rebounds per game to Cleveland’s regular-season efforts.

Indiana took a 74-49 lead into halftime on Thursday. Cleveland, though, holds a 2-0 lead in the best-of-seven series.