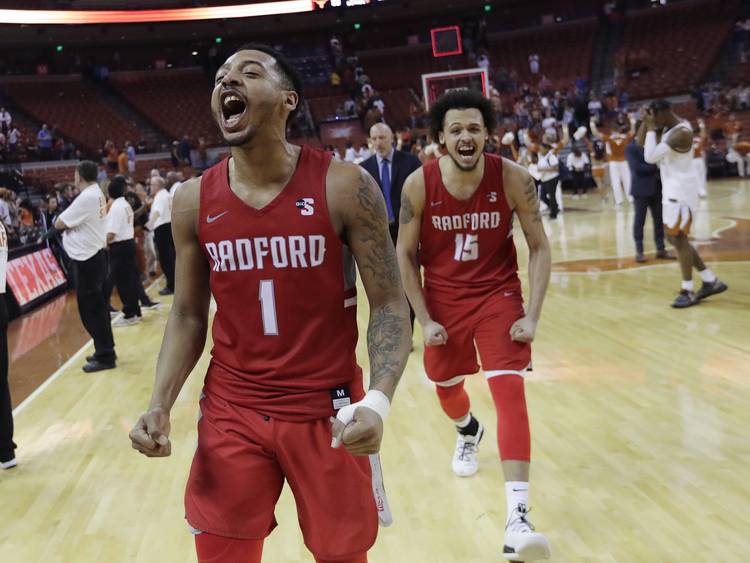 Carlik Jones made a spinning layup and a free throw with 24.5 seconds left, sending Radford to a 62-59 upset of the No. 17 Texas basketball team on Friday night at the Erwin Center.

Devin Hutchison made one of two free throws with 11 seconds left before Texas’ Jase Febres missed a 3-pointer to tie and Radford rebounded to end the game.

It was the second big road win for Radford (6-1), which beat Notre Dame earlier this season.

Texas dropped a crushing loss. The Longhorns came in with their highest ranking in four seasons under coach Shaka Smart, but shot just 35 percent at home.

Ed Polite Jr. scored 11 to lead Radford. Jericho Sims scored 16 for the Longhorns (5-2). Sims had a dunk that put Texas up 59-58 with 1 minute to play before Jones’ drive and spin. Jones’ layup was one of just three Radford field goals over the final 8:57.

Dylan Ostekowski grabbed 17 rebounds for Texas, which missed 10 of 20 free throws and was 5 of 27 from 3-point range.

The Highlanders have big plans for last season’s Big South tournament champions. Radford made the NCAA Tournament last season and have a experienced lineup full of juniors and seniors. But they’re small with only three players at least 6-foot-7 and no one taller than 6-8.

The Longhorns made a mess of their first week back in the national rankings in a long time. They earned their way back with an impressive win over North Carolina last week and the Longhorns had every advantage in size, speed and swagger against Radford.

Leading scorer Kerwin Roach had a miserable game with 2 of 12 shooting and defensively gave up the layup and foul that proved to be Radford’s game winner.