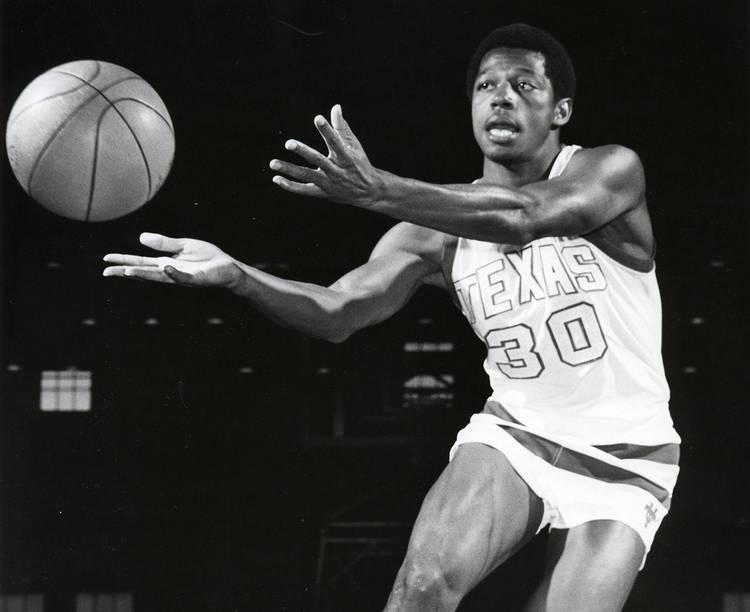 Jimmy Blacklock was among the first black athletes to play basketball at Texas. He's now a coach for the Harlem Globetrotters. (Texas Athletics)

The Globetrotters will recognize Blacklock on Feb. 28 during a stop in Austin for the Pushing the Limits World Tour.

Blacklock is a member of the Longhorns‘ Hall of Honor. He’ll be presented the Legends ring at the Erwin Center where he starred for Texas before playing for the Globetrotters from 1974-87.

One of the first African Americans ever to play  for the school, Blacklock earned the Longhorns‘ MVP honor in his junior year after he led the team in scoring.