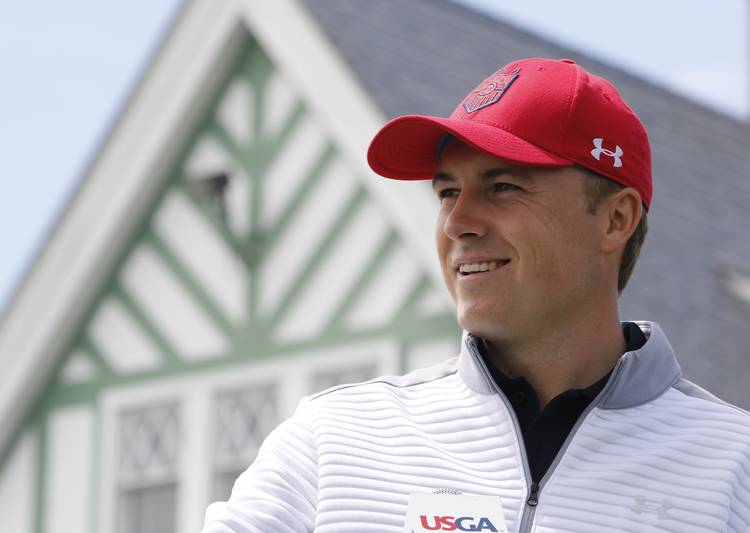 Jordan Spieth talks to the media after after playing 18 at Oakmont Country Club on May 4, 2016 in Oakmont, Pennsylvania. (Photo by Justin K. Aller/Getty Images)

Texas Longhorns pledge Pierceson Coody, a junior-to-be at Plano West High, topped the boys division at the Under Armour/Jordan Spieth Championship, prevailing in a sudden-death playoff Friday at the University of Texas Golf Club.

Coody finished the 54-hole junior tournament with a total of 1-over-par 214, tying him with three other players, including Cooper Dossey, a Baylor signee who won the Class 5A boys state championship in April as a senior at Vandegrift.

Kristen Gillman, an Alabama signee who was medalist and led Lake Travis to a second straight Class 6A girls team championship this spring, finished first in the girls division. She shot a 1-under 215 to top Kennedy Swann, a senior-to-be at Westlake, by five shots.

Here’s what the two winners had to say following their wins: