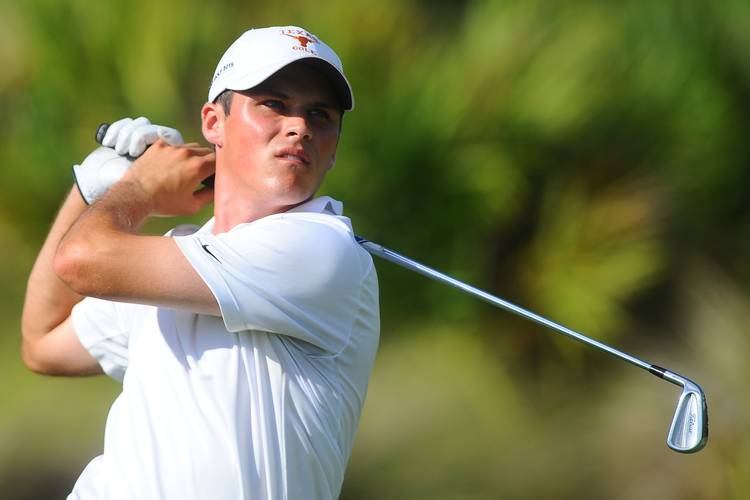 The No. 12 Texas Longhorns men’s golf team shot 282, dropping three spots after the second round of the Amer Ari Invitational in Waikoloa, Hawaii on Friday.

Gavin Hall had the best round for the Longhorns, shooting a 67 as Texas sits in a tie for ninth place after two days of action. Hall made an eagle and four birdies on the day to climb into a tie for 33rd place.

Texas shot 282, two strokes better than their first-round score, but Oregon, Arizona St. and Oklahoma St. all jumped past the Longhorns with better second-round scores.

Scottie Scheffler and Nick Costello are tied for 36th, one shot behind Hall, at 2-under. Scheffler had an eagle and three birdies while Costello recorded five birdies in the round.

Doug Ghim had a tough second round, shooting a 75 to follow up his first-round 69. He’s even and in a tie for 51st place.

Steven Chervony shot a 78 and is currently tied for 90th.

Southern Cal took over first place from Texas Tech as they shot 268 to sit at 35-under after two rounds. Texas Tech is in second place, one stroke back of the Trojans. Stanford and Colorado are tied for third at 16-under.

Southern Cal’s Rico Hoey is alone in first place at 14-under after shooting a 63 in the second round. Texas Tech’s Fredrik Nilehn is in second at 11-under.